The team converted $12.5 million of Romo's $13.5 million base salary into a signing bonus.

IRVING, Texas, March 4 (UPI) -- The contract of Dallas Cowboys quarterback Tony Romo will be restructured in a way that will allow the team to create $10 million in cap space heading into the 2014 free agency period in the NFL.

After the team converts $12.5 million of Romo's $13.5 million base salary into a signing bonus, the Cowboys will be less than $1 million over the salary cap. Romo signed a six-year extension last year that was worth $108 million with $55 million guaranteed.

The team also restructured the contracts of linebacker Sean Lee and defensive back Orlando Scandrick to create $6.8 million in cap space.

If the Cowboys want to create more space, they could part ways with defensive end DeMarcus Ware or wide receiver Miles Austin. The team would save $7.4 million by releasing Ware and $5.5 million by cutting Austin. Of the two, it would seem more likely that Austin gets released.

Executive vice president Stephen Jones said the Cowboys will be "efficient" spenders in free agency when he spoke with ESPN at the NFL scouting combine in Indianapolis. 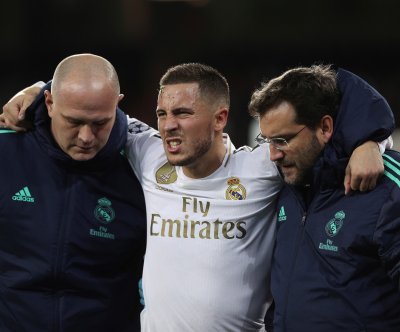