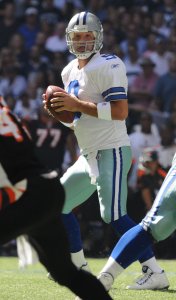 NFL // 8 months ago
Tony Romo, Deron Williams to compete in golf fundraiser in Texas
Former Dallas Cowboys quarterback Tony Romo will compete in a golf tournament in Texas with the proceeds going to full-time caddies who are unable to work due to the coronavirus pandemic. 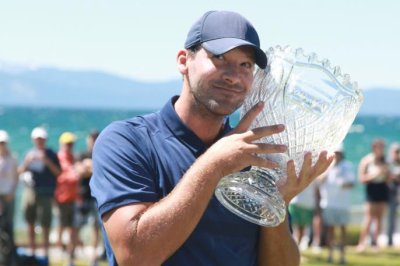 Sports News // 1 year ago
Tony Romo, Julius Peppers on College Football HOF ballot
Former Dallas Cowboys and Eastern Illinois quarterback Tony Romo is among the players on the ballot for the 2020 class of the College Football Hall of Fame. 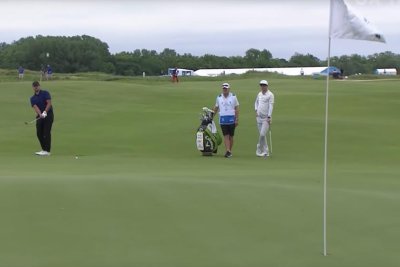 Romo was born in San Diego, California, while his father was serving in the United States Navy. His family returned to its home in Burlington, Wisconsin. Romo's athletic ability was evident even at an early age when he was selected for the Little League All-Star team.

Romo started as quarterback for the Burlington Demons beginning as a junior (1996 season). During his junior season, he led the Demons to a SLC Conference record of 7–2 and the WIAA playoffs. In the 1996 playoffs, Romo and the Demons defeated Greenfield 17-6 before trouncing Badger 41–16. Romo came within one game of the state championship game but fell short in a last-minute 16-15 loss to Cudahy. After the 1996 season, he received Honorable Mention in the Wisconsin Football Coaches Association All-State Team.

FULL ARTICLE AT WIKIPEDIA.ORG
This article is licensed under the GNU Free Documentation License.
It uses material from the Wikipedia article "Tony Romo."
Back to Article
/