Jim Schwartz fired by Lions after 1-6 finish to season

Jim Schwartz, shown at a Nov. 10 game, has been fired as coach of the Detroit Lions, the NFL team said Monday. UPI/Brian Kersey | License Photo

The Minnesota Vikings beat the Lions 14-13 in the regular-season finale Sunday, giving Detroit a sixth loss in its last seven games and a 7-9 record on the season.

That was a three-game improvement over 2012 but left Schwartz with a 29-51 record in five seasons in Detroit.

"Obviously we didn't win enough games this year and there's no standard really to judge other than that, and I understand that in this business," Schwartz said after Sunday's loss when asked if he thought he'd return as coach in 2014.

Schwartz took over the Lions prior to the 2009 season after eight years as the defensive coordinator at Tennessee. Detroit was 0-16 the season before Schwartz replaced Rod Marinelli as coach. The Lions' 10-6 record in 2011 -- Schwartz's third as coach -- was the team's only winning season since 2000. 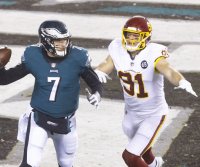 MLB // 11 hours ago
Braves' Huascar Ynoa out months after breaking hand punching bench
May 17 (UPI) -- Atlanta Braves starting pitcher Huascar Ynoa will be out for a "couple of months" after suffering a broken right hand when he punched the dugout bench in frustration, manager Brian Snitker said. 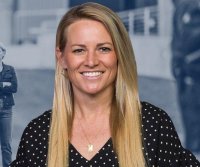