INDIANAPOLIS, Dec. 30 (UPI) -- Danny Granger scored 11 of Indiana's 14 points in overtime Friday, sending the Pacers to a 98-91 victory over Cleveland.

Indiana remained unbeaten in three games after letting a nine-point lead get away in the fourth quarter. The Pacers' David West tied the game with 7 seconds to go in the fourth period by hitting a jump shot.

Granger scored his team's first nine points in the extra period and finished with 22. Roy Hibbert added 17 and West had 14.

The Cavaliers, who have dropped two of their first three games, was led by rookie No. 1 draft choice Kyrie Irving with 20 points.

Both sides shot a modest 38 percent from the floor and they combined to make only 7-of-35 attempts from 3-point range. 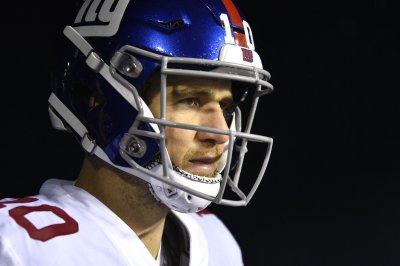