NEW YORK, Jan. 16 (UPI) -- Brad Richards' short-handed goal in the second period Sunday proved to be the game-winner in Philadelphia's 3-2 victory over the New York Rangers.

With the Rangers on a power play midway through the period, Derek Stepan was stripped of the puck in the offensive zone. Claude Giroux sped the opposite way with it on a 2-on-1 break with Richards, fed him the puck and Richards buried it for 3-0 Flyers' lead.

The tally proved crucial when Wojtek Wolski and Stepan scored in the third period to pull New York to within one goal.

Brian Boucher held on, however, logging 34 saves as the Flyers extended their Eastern Conference lead over idle Pittsburgh to three points.

Martin Biron turned aside 24-of-27 shot for the Rangers. 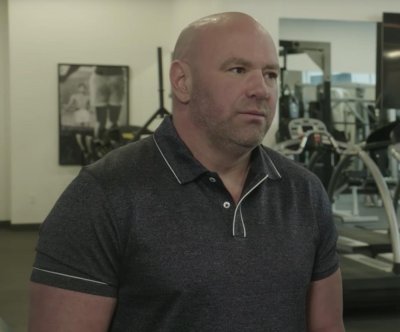 NBA // 2 hours ago
NBA bans teams from in-person draft interviews, recent workout videos
April 7 (UPI) -- The NBA has barred teams from conducting in-person workouts or interviews with prospects and even requesting video of recent workouts ahead of the draft, scheduled for the end of June.