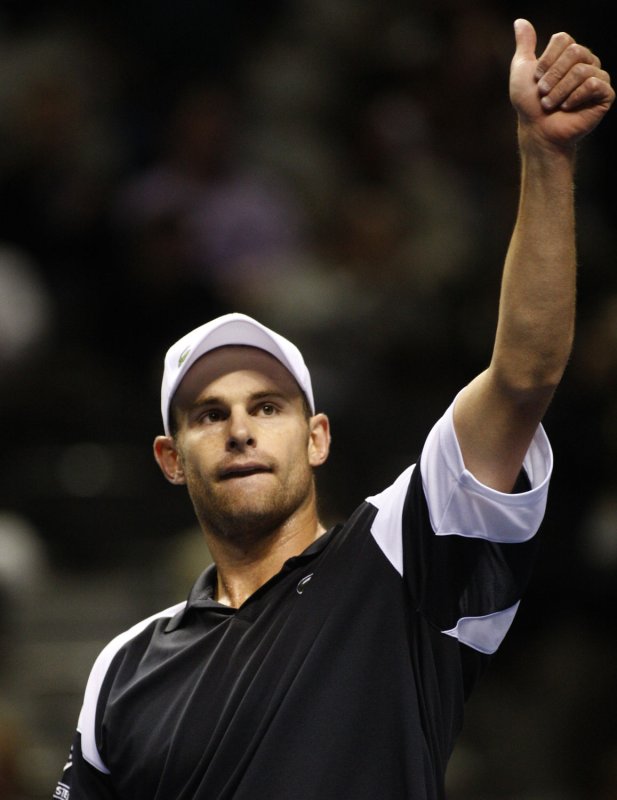 Andy Roddick, shown after winning the recent SAP Open in San Jose, Calif., will be the top-ranked player for the United States in next week's Davis Cup matches against Switzerland. (UPI Photo/ Terry Schmitt) | License Photo

Roddick and No. 13-rated James Blake were picked to take the singles matches while Bob and Mike Bryan, the top-ranked doubles team in the world, will take the doubles match for the U.S. team, said Patrick McEnroe, the U.S. captain.

Switzerland will counter with Stanislas Wawrinka, Stephane Bohli, Marco Chiudinelli and Yves Allegro with Severin Luthi as the team captain.

World No. 2 Roger Federer announced last week that a back injury would keep him from playing for the Swiss in the first-round matches. That leaves Wawrinka, ranked 17th, as the highest rated player on the Swiss team.

The best-of-five series is scheduled for March 6-8 in Birmingham, Ala. The winner advances to a quarterfinal match in July against the winner of a Chile-Croatia first-round pairing.