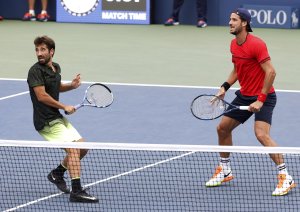 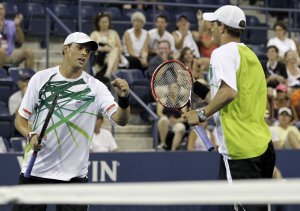 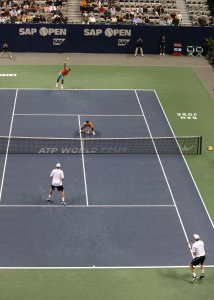 Top News // 5 years ago
The Almanac
On April 29, 1975, helicopters evacuated hundreds of U.S. civilians and military support personnel, and thousands of South Vietnamese from Saigon.

Sports News // 6 years ago
Rio 2016: Medal predictions for Olympics' major sports
China and the United States are widely favored to lead the field at the Summer Olympics in Rio de Janeiro.

Top News // 6 years ago
The Almanac
On April 29, 1975, air assets from the U.S. evacuated hundreds of American civilians and military personnel, and thousands of South Vietnamese from Saigon.

I think that was our best Davis Cup match by far

Our level probably slipped a little bit. We could have done a few things

Michael Carl "Mike" Bryan (born April 29, 1978) is an American professional tennis player. He stands 6 ft 3 in (1.91 m) tall, weighs 192 lbs and plays right-handed. He turned professional in 1998. With his twin brother Bob, he has been World No. 1 doubles player for the last several years.

He played for Stanford University in 1997 and 1998, where he helped the Cardinal win back-to-back NCAA team championships. In 1998, he won the NCAA doubles title with his twin brother Bob.

Both brothers started their professional careers playing World TeamTennis for teams like the Idaho Sneakers through the current season for the Kansas City Explorers.

FULL ARTICLE AT WIKIPEDIA.ORG
This article is licensed under the GNU Free Documentation License.
It uses material from the Wikipedia article "Mike Bryan."