WASHINGTON, May 2 (UPI) -- A 15-0 second quarter run Friday spurred the Cleveland Cavaliers' 105-88 rout of Washington and a 4-2 victory in their Eastern Conference quarterfinal series.

Cleveland trailed 31-23 with 50 seconds left in the first quarter, but the spurt led to a 56-48 halftime lead.

Washington trailed by double digits the entire second half when the Cavaliers committed only one turnover.

The winners were led by LeBron James' triple-double (27 points, 13 rebounds and 13 assists).

Cleveland, which reached the NBA Finals last season, will next play the Boston-Atlanta winner in the East semifinals.

Washington got 22 points with 13 rebounds from Antawn Jamison. Caron Butler had 15 points and eight rebounds.

Brendan Haywood had 13 points and 10 rebounds while DeShawn Stevenson scored 10 points for the Wizards, who have been eliminated from the NBA playoffs by Cleveland three straight seasons. 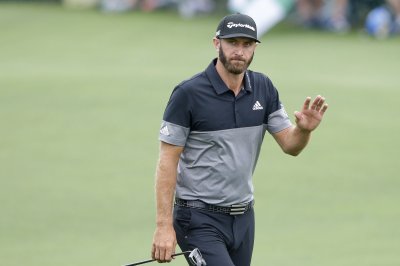