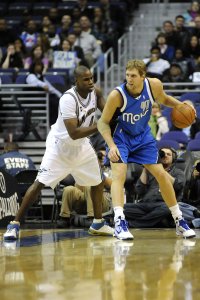 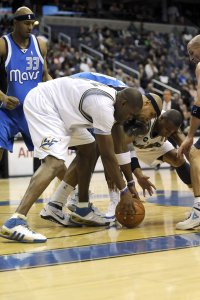 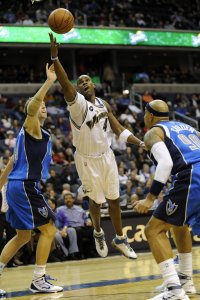 College Basketball // 4 years ago
No. 12 UNC Tar Heels face Syracuse Orange in ACC tournament
No. 12 North Carolina takes on Syracuse in the second round of the Atlantic Coast Conference Tournament on Wednesday at the Barclays Center in Brooklyn.

We need somebody to really be like, 'Don't try to just outscore teams

This is a difficult situation, and we wish him the best

For some reason, guys weren't doing things they were when the season started and it got a little difficult at times with the offensive and defensive schemes

Antawn Cortez Jamison (pronounced /ˈæntwɑːn/; born June 12, 1976, in Shreveport, Louisiana) is an American professional basketball player in the National Basketball Association (NBA). He currently plays power forward for the Cleveland Cavaliers and was a member of the USA National Team for the 2006 FIBA World Championships

Jamison played college basketball at University of North Carolina for three seasons, averaging 19.0 points and 9.9 rebounds per game. In his junior year, he was awarded both the Naismith and Wooden Awards as the most outstanding men's college basketball player for the 1997–98 season. Jamison decided to forgo his senior year of eligibility and enter the NBA draft in 1998 thus ending his college career. On March 1, 2000 Jamison's #33 was retired at the Dean E. Smith Center. He became only the seventh North Carolina basketball player to have his number retired.

FULL ARTICLE AT WIKIPEDIA.ORG
This article is licensed under the GNU Free Documentation License.
It uses material from the Wikipedia article "Antawn Jamison."