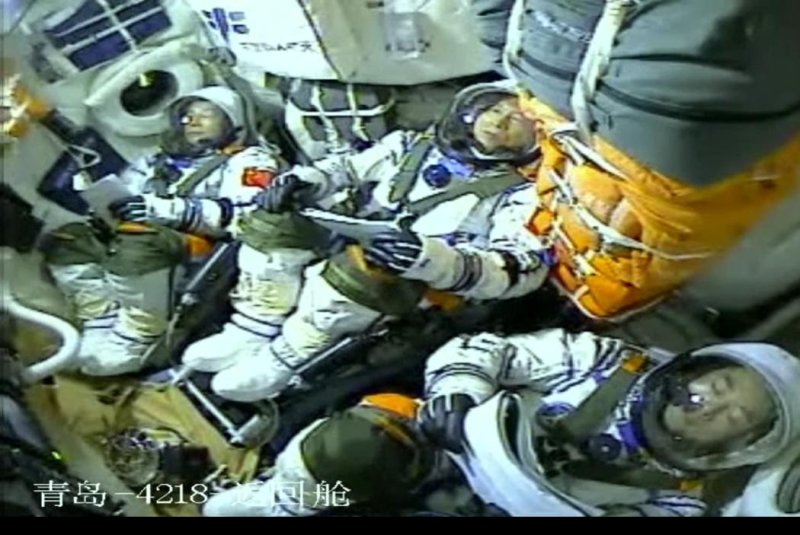 The Long March 2F rocket lifted off from the Jiuquan Satellite Launch Center in the Gobi Desert at 10:08 a.m. Crew members Fei Junlong, Deng Qingming and Zhang Lu make up the mission.

The Shenzhou 15 mission will mark the start of full operations aboard Tiangong, with the trio lined up to conduct more than 100 experiments using 24 specially designed science cabinets installed in the new Wentian and Mengtian modules, according to Space.com.

With the arrival of the three astronauts, the Tiangong space station will be continuously occupied. Eventually Chinese officials plan to put astronauts on the moon.

"It will not take a long time; we can achieve the goal of manned moon landing," Zhou Jianping, chief designer of China's crewed space program, told the New York Times. China has been developing a lunar lander, he added, without giving a date when it might be used.

Shenzhou 15 is the final mission of 11 launches planned to construct Tiangong and bring it to full operation. The first mission was the launch of the Tianhe core module in April 2021, just under 18 months ago.

Tuesday's launch comes just two weeks after NASA's launch of the Artemis I rocket. The mission is the first flight test of NASA's SLS with Orion that officials said will provide the foundation for human deep space exploration as well as a demonstration of their capabilities to return humanity to the moon.

RELATED French President Macron to meet with Biden, Harris in Washington this week 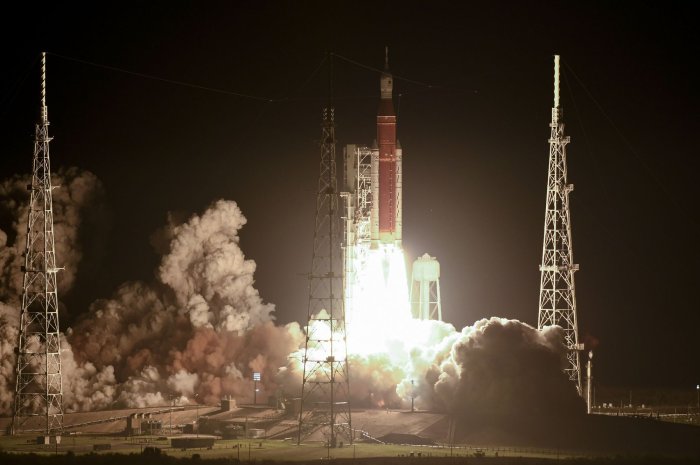 Science News // 1 day ago
Rise in air pollution correlates to creation of impressionist painting, study says
Feb. 4 (UPI) -- Smoggy air during the Industrial Revolution contributed to the creation of impressionism, inspiring painters such as J.M.W. Turner and Claude Monet to develop new painting styles, according to a new study.

Science News // 3 days ago
Early COVID-19 variants remain in deer populations
While COVID-19 variants Alpha, Gamma and Delta are no longer circulating among humans, they continue to spread in white-tailed deer.

Science News // 3 days ago
NASA names first person of Hispanic heritage as chief astronaut
Feb. 2 (UPI) -- Veteran astronaut Joe Acaba made history on Thursday when he was named chief of the Astronaut Office at NASA's Johnson Space Center in Houston.

Science News // 4 days ago
Astronauts use spacewalk to continue upgrade of ISS solar arrays
Feb. 2 (UPI) -- Astronauts from NASA and Japan Aerospace Exploration Agency stepped out from the International Station to begin a spacewalk early Thursday to complete work started by another work team almost two weeks ago.

Science News // 6 days ago
Study suggests dolphins in Brazil are training humans to fish
Jan. 31 (UPI) -- Bottlenose dolphins that have herded mullet for fishermen in southeastern Brazil for more than a century are now helping scientists unlock the deeper mystery behind the collaboration between animals and humans.

Science News // 6 days ago
Comet, full moons, Mars: February brings must-see astronomy
February's fickle weather can pose a challenge to stargazers. But when the night sky is devoid of clouds, it will offer the opportunity to witness several eye-grabbing astronomical events.

Science News // 6 days ago
Parasites, pesticides, climate change linked to loss of honey bee colonies
Jan. 30 (UPI) -- About 43% of honey bee colonies were lost in the span of one year, according to a new study that considered multiple factors that put a crucial part of the ecosystem at risk.
Advertisement