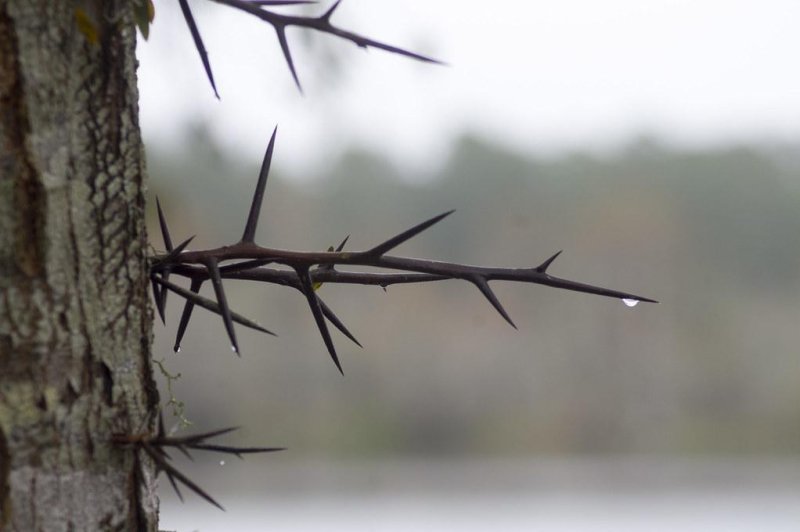 June 18 (UPI) -- New research has revealed the origins of thorns, the rigid extensions that a variety of plant species use to protect themselves from herbivores.

Not all plant spikes are thorns. The sharp needles found on cacti are called spines, while the spikes adorning rose, raspberry and blackberry bushes are known as prickles. Thorns are unique to plants such as bougainvillea, hawthorn and citrus.

The majority of honey locusts are thorn-free; growers bred the spikes out of modern lineages. But many older honey locusts still grow the occasional thorn.

RELATED Plant pathogens can adapt to a variety of climates, hosts

Irish is an expert on on stem cells, and as her research revealed, stem cells can help explain the origins of thorns.

Through a series of lab experiments and genetic analysis, Irish and her colleagues determined thorns on citrus plants are built by stem cells. As a new appendage develops, two regulators of stem cell production, TI1 and TI2, smother stem cell activity, causing what might have become a new branch to remain a long, sharp point.

"We propose that shifts in the timing and function of components of this gene network can account for the evolution of Citrus thorn identity," researchers wrote. "Modulating this pathway can significantly alter plant architecture and could be leveraged to improve crop yields."

Science News // 2 days ago
Mars, meteors: December's must-see astronomy events
December features the longest nights of the year, and the final month of 2022 will be packed with astronomical happenings ranging from the most active annual meteor shower to the best views of Mars since 2020.

Science News // 4 days ago
NASA awards contract for 3D-printed construction on moon, Mars
Nov. 29 (UPI) -- Texas-based startup ICON has landed a five-year, $57 million contract from NASA to 3D-print landing pads, roads and shelter on the moon and on Mars.