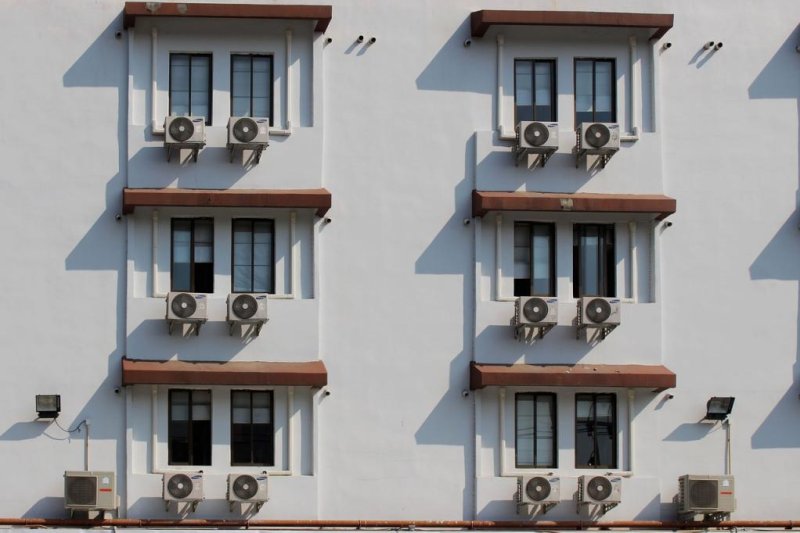 As global temperatures rise, the need for cool air will boost energy demands. Photo by Pixabay

June 24 (UPI) -- More energy will be needed to deal with the effects of climate change, according to a new study.

If the world's economies don't quickly kick their fossil fuel habits and ramp up renewable energy supplies, the effects of global warming are likely to trigger a negative feedback loop.

The model measured how climate change and socioeconomic shifts will impact demand for three different fuels and four economic sectors.

"An important way in which society will adapt to rising temperatures from climate change is by increasing cooling during hot seasons and decreasing heating during cold seasons," Enrica de Cian, researcher at the Ca' Foscari University of Venice, said in a news release. "Changes in space conditioning directly impact energy systems, as firms and households demand less natural gas, petroleum, and electricity to meet lower heating needs, and more electricity to satisfy higher cooling needs."

"If energy use rises and leads to additional emissions of heat-trapping greenhouse gases, increased energy consumption for space conditioning could make it more difficult and costly to mitigate future warming," said Ian Sue Wing, a researcher at Boston University. "Quantifying this risk requires understanding how the demand for energy by different types of consumers in different climates will be affected by warming."

According to the new study -- published Monday in the journal Nature Communications -- the simulations fail to account for the effects of price and supply adjustments on energy demand. Researchers suggest market adjustments will likely prevent climate change from triggering extreme increases in energy demand, but study authors warned such market adjustment could have negative economic impacts. As other studies have predicted, the negative economic impacts of climate change are likely to hit already vulnerable communities the hardest.

Advertisement
RELATED Climate change: Winters of future will be colder -- and also warmer

"The lower the level of income per person, the larger the share of income that families need to spend to adapt to a given increase in energy demand," said lead author Bas van Ruijven, researcher at the International Institute for Applied Systems Analysis in Vienna. "Some scenarios in our study assume continued population growth and in those cases temperature increases by 2050 could expose half a billion people in the lowest-income countries in the Middle-East and Africa to increases in energy demand of 25 percent or higher. The poor face challenges to adaptation that are not only financial -- in areas that have unreliable electricity supplies, or lack grid connections altogether, increased exposure to hot days increases the risk of heat-related illnesses and mortality."

Researchers suggest their findings offer not only a reminder of the many negative impacts of climate change, but that a broad-based solution to climate change must include economic development initiatives in the developing world.