Girls less likely to associate 'brilliance' with their own gender 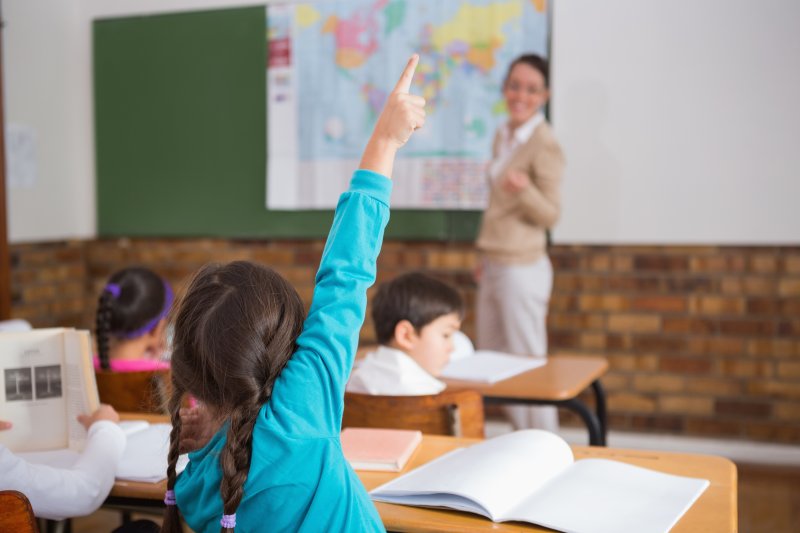 Students and a teacher. File photo by wavebreakmedia/Shutterstock

Jan. 26 (UPI) -- In a recent study, psychologists found girls as young as six failed to associate "brilliance" with their own gender. Female study participants also steered clear of activities believed to necessitate brilliance.

"Even though the stereotype equating brilliance with men doesn't match reality, it might nonetheless take a toll on girls' aspirations and on their eventual careers," Andrei Cimpian, a psychology professor at New York University, said in a news release.

"Our society tends to associate brilliance with men more than with women, and this notion pushes women away from jobs that are perceived to require brilliance," added Lin Bian, a doctoral student at the University of Illinois. "We wanted to know whether young children also endorse these stereotypes."

In the study, researchers read stories about a "really, really smart" person to children between the ages of 5 and 7. Afterwards, researchers asked the children to guess which of four adults -- two unfamiliar men and two unfamiliar women -- was the protagonist. Study participants were also shown a series of paired adults, one man and one woman, and asked to determine which adult was "really, really smart."

Though five-year-olds viewed both men and women as equally likely to be brilliant, girls six and up were less likely to associate brilliance with their own gender.

"In earlier work, we found that adult women were less likely to receive higher degrees in fields thought to require 'brilliance,' and these new findings show that these stereotypes begin to impact girls' choices at a heartbreakingly young age," said Sarah-Jane Leslie, professor of philosophy at Princeton University.

Researchers shared their latest findings in the journal Science.