22 women of science who changed the world

Marie Curie (Maria Sklodowska) in her chemistry lab at the Radium Institute of Paris in 1921. Curie was the first woman to win a Nobel Prize – she won it twice – jointly with her husband in 1903 and then on her own in 1911. Photo courtesy Curie Museum

"Ginger Rogers did everything Fred Astaire did,
except backwards and in high heels."
– first attributed to Bob Thaves, Frank and Earnest, 1982

Humans have made great strides in science, technology, engineering and math (STEM), much of the credit going to men. But scores of women have done their part, making profound advances – often honored at the time but ignored by history.

To get there, many women of science overcame obstacles faced by few of their male counterparts. Education for women long focused on how to keep a home and manage a family in support of a husband. Minority women had yet another hurdle to get past.

Even today, persistent stereotypes often lead to awkward situations like this: Late in 2015, IBM was forced to walk back a campaign calling on women to "hack a hairdryer" in an effort to generate interest in technology.

Here are just 22 of the pioneering women who have done groundbreaking work in science:

Denounced in 1951 as 'absolutely mad,' American cytogenecist Barbara McClintock finally won recognition for her work with the Nobel Prize for Physiology or Medicine in 1983, the first woman to single-handedly win that prize. Much of her research was with corn, and the award came for her discovery of "jumping genes" – genetic transposition in which a DNA sequence can change its position in the genome, creating or reversing mutations. 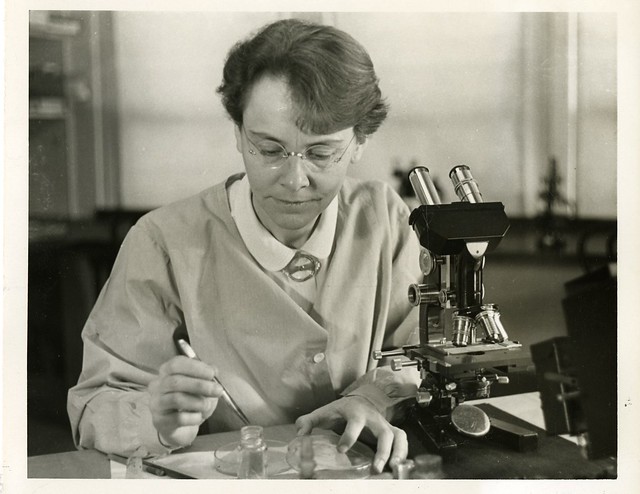 American-born scientist Ruby Sakae Hirose made major contributions to the development of vaccines to fight polio, among other achievements. Her research in this field led to a job with William S. Merrell Company, which may have kept her from wartime Japanese-American internment camps during World War II. However, a biography on an Auburn, Washington, history blog reports it was simply "an accident of geography," as only Japanese or Japanese-Americans on the West Coast were sent to internment camps. Her father and siblings were among those sent to internment camps. 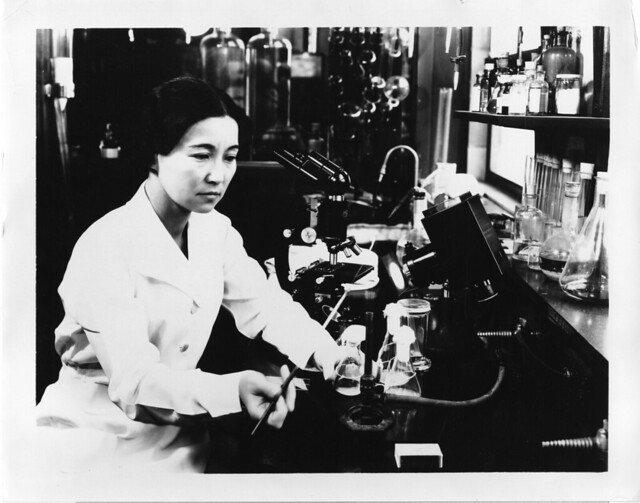 Bertha Parker Pallan is believed to be the first Native American female archaeologist. She discovered Corn Creek Campsite, near Las Vegas, after spotting a fossilized camel bone protruding out of a lake bed. 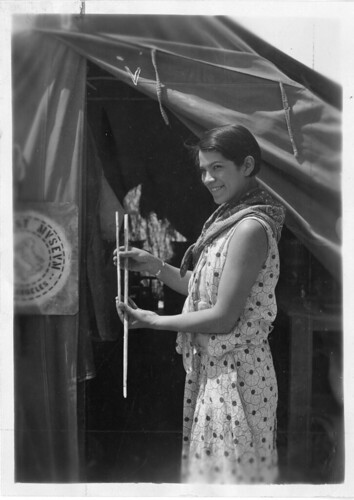 Dora Dougherty Strother served during World War II as a Women Airforce Service Pilots (WASP) as well as a B-29 Superfortress demonstration pilot. In 1961 she broke the helicopter altitude record (at 19,406 feet) in a Bell 47G-3. 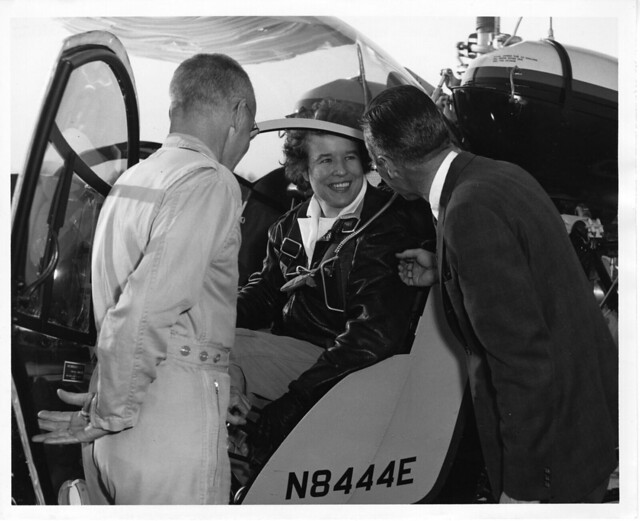 Margaret Dorothy Foster worked on the Manhattan Project – America's all-out race during World War II to create the atomic bomb. She was instrumental in the discovery of two new quantitative methods of analysis, one for uranium and one for thorium. 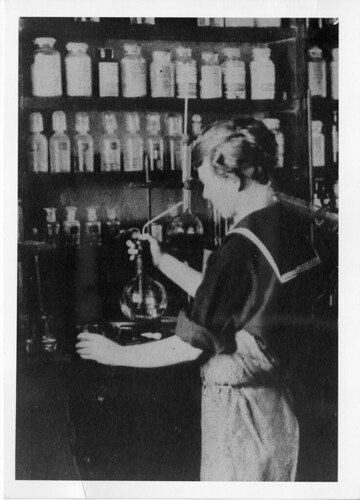 An authority on tumors, Margaret Reed Lewis made contributions to cancer research and cell culture techniques, and was likely the first person to successfully grow mammalian tissue in vitro. 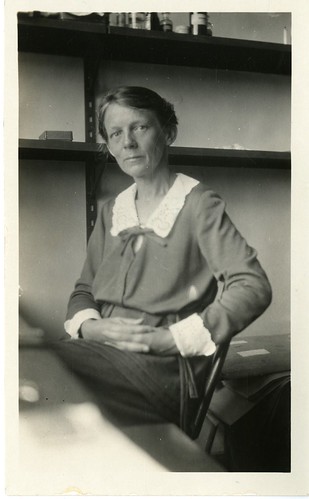 British paleoanthropologist Mary Leakey, along with husband Louis Leakey, discovered the Zinjanthropus skull which would link humans to australopithecines, extinct, but close relatives of humans. 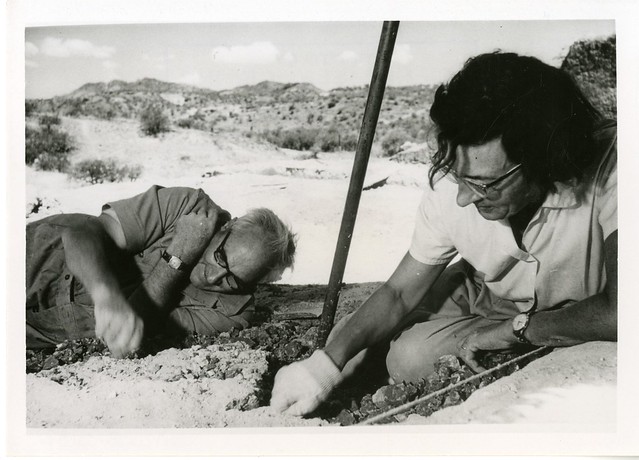 Marie Curie was the first woman to win the Nobel Prize, which she shared in 1903 with her husband, Pierre Curie, and Henri Becquerel, for their research on radioactivity. She would receive the award again in 1911 – this time on her own – for her work with radium, making her the only person to win a Nobel Prize in two sciences.

Her work began the revolutionary introduction of radiation for use in medicine. 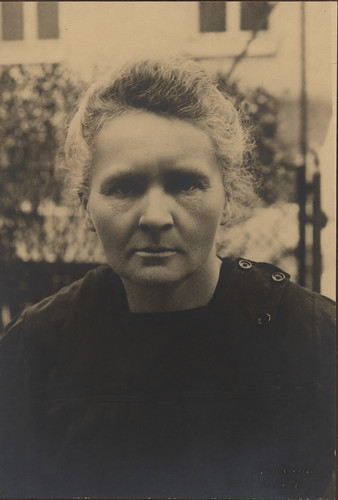 Irène Joliot-Curie – Marie Curie's daughter – shared the 1935 Nobel Prize in Chemistry with her husband, Frederic Joliot, for their discovery of artificial radioactivity. Their work was an important precursor to the discovery of uranium fission. She also took a "keen interest in the social and intellectual advancement of women," according to her Nobel Prize biography. 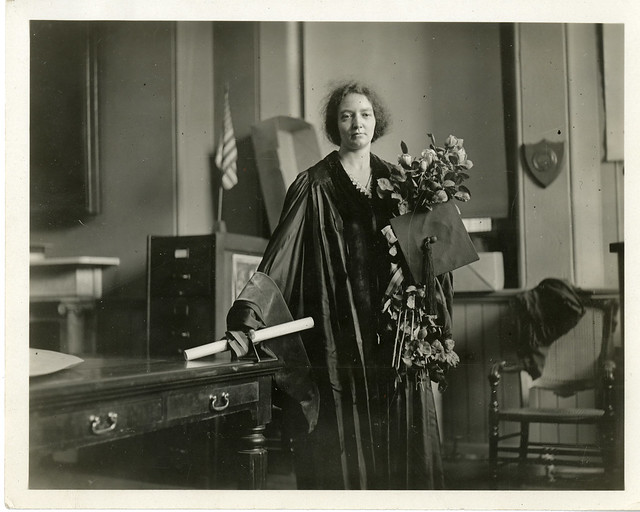 Annie Jump Cannon was an American astronomer who developed a system for classifying stars and is credited with cataloging more of them in her lifetime than any other person – 500,000. Her system remains in use today.

"Classifying the stars has helped materially in all studies of the structure of the universe. No greater problem is presented to the human mind. Teaching man his relatively small sphere in the creation, it also encourages him by the lessons of the unity of Nature and shows him that his power of comprehension allies him with the great intelligence over-reaching all." – Annie Jump Cannon 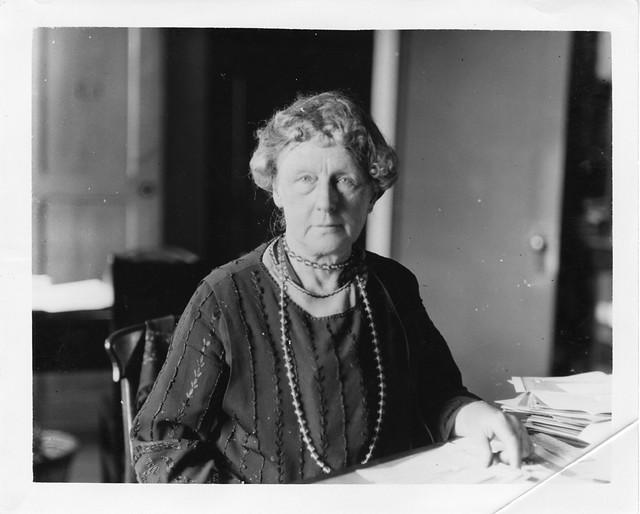 Northern Irish astrophysicist Jocelyn Bell Burnell announced on Feb. 29, 1968, the discovery of a pulsating radio source, or "pulsar," in the depths of outer space. First noticing it the previous November, she dubbed it "LGM," short for "little green men." Soviet astrophysicist Iosif Shklovsky called it "the greatest astronomical discovery of the twentieth century."

Burnell might not have made that discovery if Lurgan College hadn't bowed to pressure from her parents and others to allow her and other girls to break school policy and take classes other than cross-stitch and cooking.

Though she was the first to discover and analyze the phenomenon as a postgraduate student at Cambridge, Nobel Prize in Physics for the discovery went to her graduate thesis advisor Antony Hewish and radio astronomer Martin Ryle in 1974.

"The phrase I dislike is, 'We've always done it that way.'" Known in some circles as "the grandmother" of the computer age, Grace Hopper enlisted in 1943, beginning a journey where she would become one of the first programmers of the Harvard Mark I computer while developing the first compiler for a computer programming language. 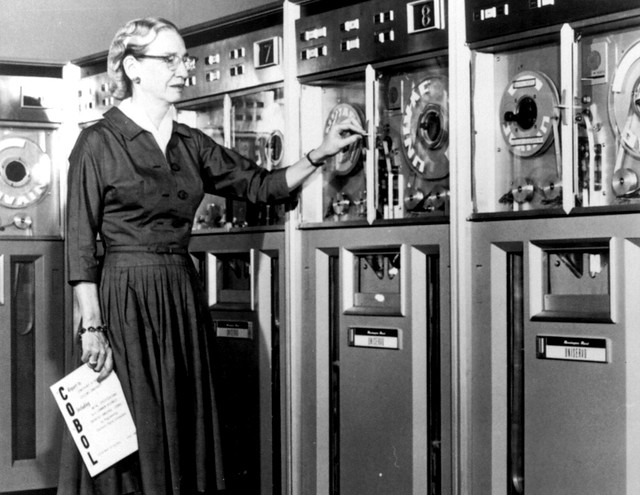 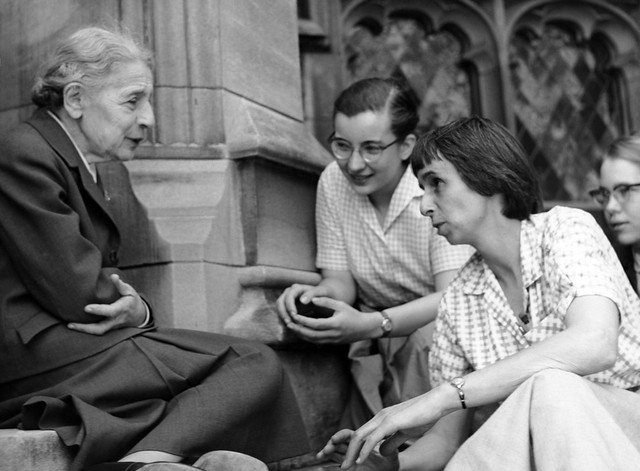 Rosalind Franklin, a British biophysicist, was a crystallographer whose research helped uncover the double helix shape of DNA. Her data was central to the hypothesis that delivered Francis Crick, James Watson, and Maurice Wilkins a Nobel Prize in 1962. 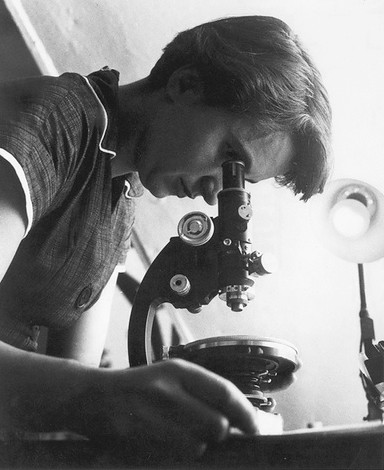 Jemison is the first African-American woman to fly in space. She was the science mission specialist on the Shuttle Endeavour's STS-47 Spacelab-J mission in September 1992.

Jemison earned a chemical engineering degree at Stanford and a medical degree from Cornell University, working as a physician for several years in California before joining the Peace Corps, doing research and practicing medicine in Sierra Leone and Liberia. As if all that wasn't enough, she returned to the U.S. and applied to become an astronaut, joining the training program in 1987. She is now a professor at Cornell University and is an outspoken advocate for science education and getting minority students interested in STEM.

Jemison is a huge Star Trek fan. When actor Levar Burton learned this, he asked and she accepted a role on a 1993 episode of Star Trek: The Next Generation.

Cecilia Payne-Gaposchkin wrote what is considered to be "the most brilliant Ph.D. thesis ever written in astronomy," in which her detailed her theory that stars are made mainly of hydrogen and helium. 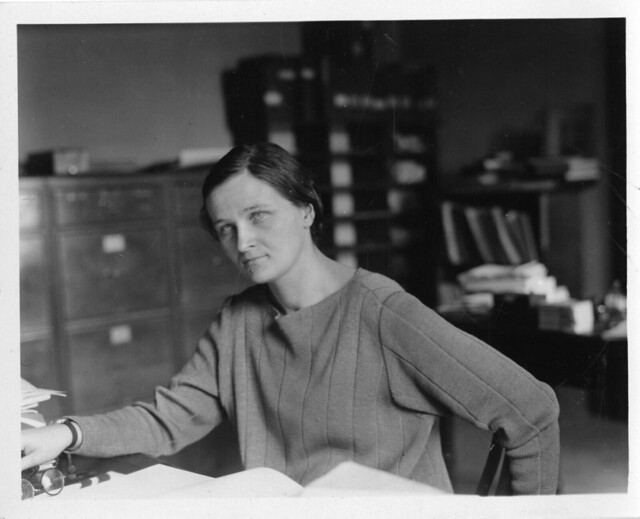 Florence B. Seibert was a medical researcher at the University of Pennsylvania who made intravenous therapy safe and developed the first screening test for tuberculosis. 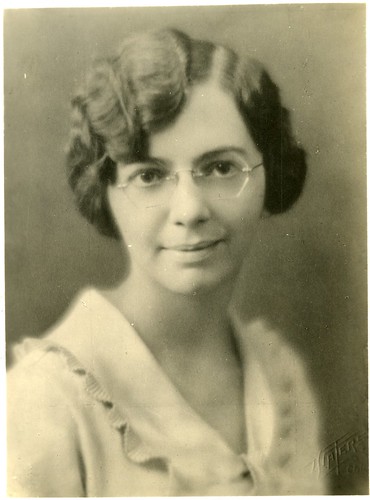 The "Dean of all Woman Pilots," Anésia Pinheiro Machado was the second Brazilian woman to receive her pilot license and the first to carry passengers in the country. She was the first person to obtain a U.S. commercial pilot's license with additional ratings as instructor and for flying on instruments only. She helped break-in newbie Pan-Am pilots. 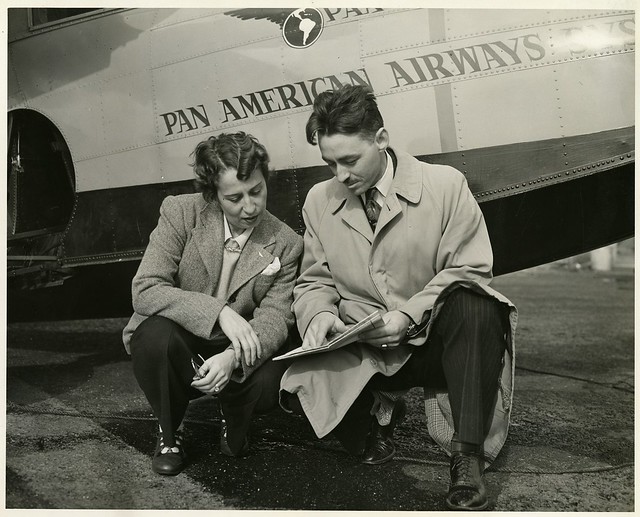 Edith Kroupa along with fellow chemist, Friedrich Hecht, using microchemical analysis, successfully dated a sample of radioactive rock recovered from the Huron Claim near Manitoba, Canada, as being more than 1,725,000,000 years old. 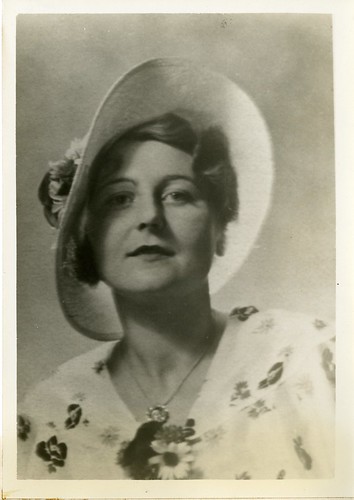 Katharine Burr Blodgett's first historic achievement came in 1926 when she became the first woman awarded a Ph.D. in physics from the University of Cambridge.

As a research scientist at General Electric, Blodgett invented low-reflectance "invisible" glass, which continues in widespread use in cameras and film projectors. Its first use in a major production was in the classic 1939 film Gone with the Wind. allowing for crystal-clear cinematography. 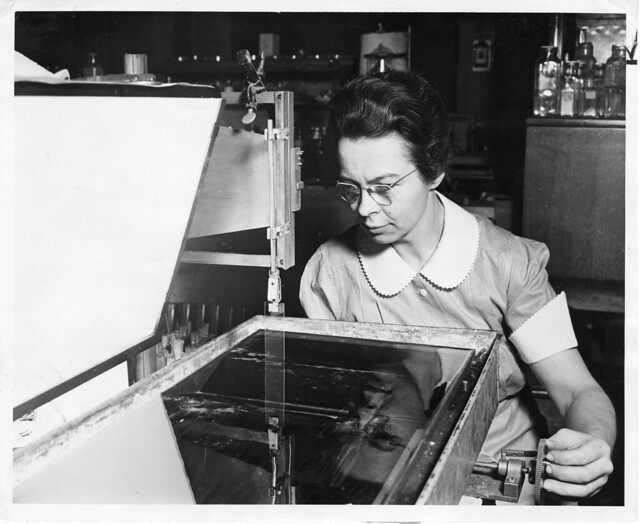 Marie Maynard Daly was the first African-American woman to earn a Ph.D. in chemistry in the United States (Columbia University, 1947), following in the footsteps of her father who started a chemistry degree at Cornell but couldn't finish because of the cost. He found work in New York as a postal clerk to support his family.

After getting her degree, Daly conducted groundbreaking heart attack research with Quentin B. Deming, illuminating how the human diet affects the heart and circulatory system.

Daly taught at Albert Einstein College of Medicine at Yeshiva University for much of her life. She became an advocate for enrolling minority students in graduate medical and science programs. To that end she created a scholarship in honor of her father for minority students who want to study science at Queens College.

No matter where you stand in the countless battles that have followed, there's no disputing the enormous impact of American marine biologist and conservationist Rachel Carson, whose writing sparked a global movement to ease man's impact on the environment.

Carson worked as an aquatic biologist for the U.S. Bureau of Fisheries, which later became part of a new agency, the U.S. Fish and Wildlife Service. She became a full-time nature writer after her "biography of the sea" The Sea Around Us became a best-seller and won the National Book Award.

Conservation work in the late 1950s led Carson to write Silent Spring (1962) about the indiscriminate use of pesticides like DDT and their effect on animal life. The book also accused the chemical industry of misleading government officials and challenged the unquestioning acceptance of industry claims on pesticide safety. The book's impact led to a ban on DDT and other pesticides and sparked a movement that eventually led to the creation of the Environmental Protection Agency.

Jimmy Carter posthumously awarded Carson the Presidential Medal of Freedom in 1980, saying "she created a tide of environmental consciousness that has not ebbed."