Pollen can trigger more than sneezing, researchers say. It may be able to encourage rain.

ANN ARBOR, Mich., May 6 (UPI) -- Until recently, researchers had mostly focused on pollen's biological effects. Pollen's day job, of course, is to fertilize seed plants. It has a well-publicized side gig irritating the eyes and nasal passages of the allergy-prone.

But pollen also can affect the weather, researchers say. A new study out of the University of Michigan suggests pollen particles may trigger cloud formation. The work illuminates a unique and mostly unconsidered link between plants and climate.

"The grains were thought to be too large to be important in the climate system, too large to form clouds or interact with the sun's radiation," Allison Steiner, an associate professor of atmospheric, oceanic and space sciences and Michigan, explained in a recent press release. "And also the large particles don't last in the atmosphere. They tend to settle out relatively quickly."

But from reading the medical literature, Steiner knew that pollen grains can break down into much smaller pieces -- pieces that might influence weather. Experiments showed that water caused pollen particles to break down even faster.

"What we found is when pollen gets wet, it can rupture very easily in seconds or minutes and make lots of smaller particles that can act as cloud condensation nuclei, or collectors for water," Steiner said.

The realization inspired Steiner and her colleagues to partner with researchers at Texas A&M University, where they could test different sizes and types of pollen in a so-called cloud chamber.

"Samples entering the cloud chamber are exposed to moist conditions representative of the relative humidity found in the atmosphere," explained Sarah Brooks, an atmospheric scientist at Texas A&M. "If a sample is an effective cloud activator, droplets will rapidly grow on the sample fragments, forming large cloud droplets."

All six types of pollen -- oak, pecan, birch, cedar and pine trees, as well as ragweed -- were found to draw moisture and form clouds. The pollen showed cloud-forming abilities at three different sizes, 50, 100 and 200 nanometers.

The findings' larger implications are up for debate. The inner mechanics of clouds remain poorly understood. And how exactly aerosols affect cloud formation and behavior outside of the chamber is unclear. But researchers are already planning followup research -- via both field studies and computer modeling -- to figure it all out.

"It's possible," Steiner said, "that when trees emit pollen, that makes clouds, which in turn makes rain and that feeds back into the trees and can influence the whole growth cycle of the plant."

The new study was recently published in the journal Geophysical Research Letters. 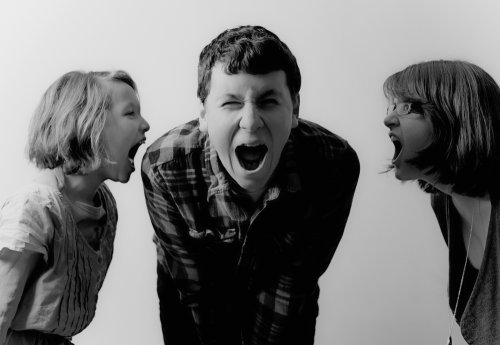