Majority of young adults think astrology is a science 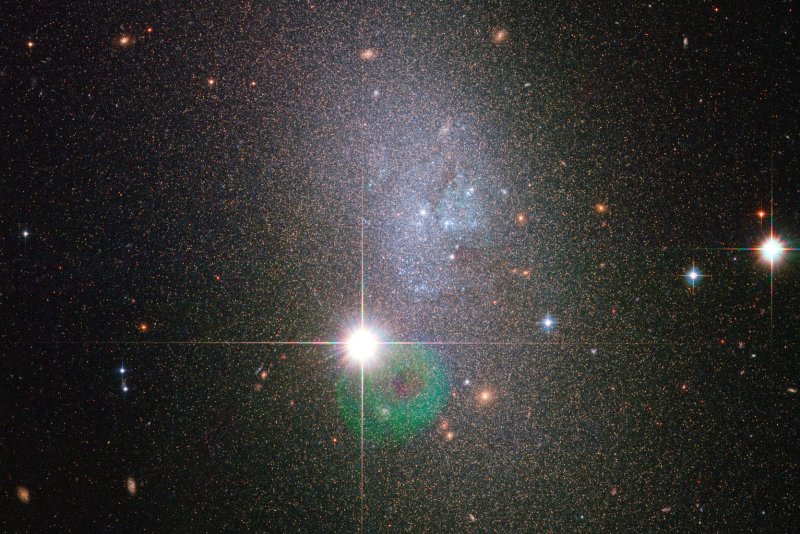 Astrology is the study of the stars, moon, sun, and other celestial bodies to determine their purported effects on human personalities, behaviors, and world events. (UPI/NASA) | License Photo

This NASA image captured by the NASA/ESA Hubble Space Telescope released on June 25, 2012 shows galaxy DDO 82. This dwarf galaxies contains between a few million and a few billion stars. DDO 82 can be found in the constellation of Ursa Major (the Great Bear) approximately 13 million light-years away. UPI/NASA | License Photo

WASHINGTON, Feb. 11 (UPI) -- Science may have looked victorious in the recent debate between Bill Nye "The Science Guy" and young-Earth creationist Ken Ham, but a new study suggests Americans have a pretty loose interpretation of what actually constitutes "science."

According to a new survey by the National Science Foundation, nearly half of all Americans say astrology, the study of celestial bodies' purported influence on human behavior and worldly events, is either "very scientific" or "sort of scientific."

By contrast, 92 percent of the Chinese public think horoscopes are a bunch of baloney.

What's more alarming, researchers show in the 2014 Science and Engineering Indicators study, is that American attitudes about science are moving in the wrong direction. Skepticism of astrology hit an all-time high in 2004, when 66 percent of Americans said astrology was total nonsense. But each year, fewer and fewer respondents have dismissed the connections between star alignment and personality as bunk.

Not surprisingly, those with less science education and less "factual knowledge" have become increasingly willing to accept astrology as legitimate science, with 65 percent of such individuals considering the pseudo-science credible in 2012, up from 48 percent in 2010.

Young people are also especially inclined to offer astrology scientific legitimacy, with a majority of Americans ages 18 to 24 considering the practice at least "sort of" scientific, and the 25-34 age group is not far behind them.

John Besley of Michigan State University, the lead author of the report's chapter on public attitudes toward science, told Mother Jones he thinks we need to wait "to see if it's a real change" before speculating about what the data really means, but said the data "popped out to me when I saw it."

Americans have always had a strange fascination with astrology. First Lady Nancy Reagan famously employed the services of an astrologer after the assassination attempt on her husband.