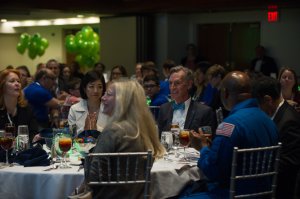 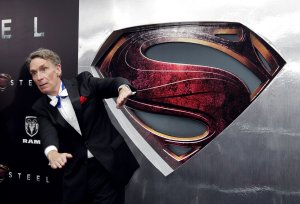 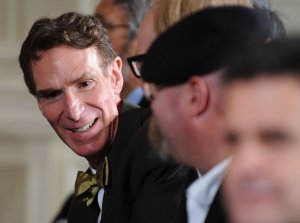 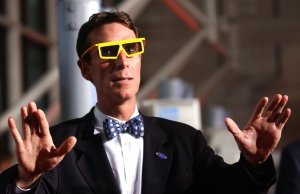 TV // 11 months ago
Seth MacFarlane's 'Ted' getting his own Peacock series
Peacock announced Thursday it has ordered a series based on the "Ted" movies. Seth MacFarlane is producing and in negotiations to reprise his role as the voice of Ted.

Entertainment News // 3 years ago
Netflix: What's coming and going in May 2019
The "Still Laugh-In" tribute, "Extremely Wicked" with Zac Efron as Ted Bundy and "Wine Country" starring Amy Poehler are headed to Netflix.

William Sanford Nye was born in Washington, D.C., the son of Jacqueline (née Jenkins; c. 1920–2000), a codebreaker during World War II, and Edwin Darby "Ned" Nye (died 1997), a sundial manufacturer. Nye is a fourth-generation Washington, D.C. resident on his father's side of family. After attending Lafayette Elementary and Alice Deal Junior High in the city, he was accepted to the private Sidwell Friends School on a partial scholarship, graduating in 1973. He studied mechanical engineering at Cornell University, where one of his professors was Carl Sagan, and graduated with a bachelor of science degree in 1977.

Nye began his career in Seattle at Boeing, where, among other things, he starred in training films and developed a hydraulic pressure resonance suppressor still used in the 747. Later he worked as a consultant in the aeronautics industry. Nye told the St. Petersburg Times in 1999 that he applied to be a NASA astronaut every few years but was always rejected.

FULL ARTICLE AT WIKIPEDIA.ORG
This article is licensed under the GNU Free Documentation License.
It uses material from the Wikipedia article "Bill Nye."