The unmanned Phantom Eye craft can fly at 65,000 feet and stay airborne for four days at a time, The Daily Telegraph reported Friday.

A prototype, unveiled in St. Louis, will be shipped to NASA's Dryden Flight Research Center in California to start testing.

"Phantom Eye is the first of its kind and could open up a whole new market in collecting data and communications," Darryl Davis, president of Boeing Phantom Works, said.

The 150-foot wingspan plane can carry a 450-pound payload and is eco-friendly, company officials said.

"The hydrogen propulsion system will be the key to Phantom Eye's success," Drew Mallow, Phantom Eye program manager said. "It is very efficient and offers great fuel economy, and its only byproduct is water, so it's also a 'green' aircraft."

The biggest fish in the sea are females, survey shows 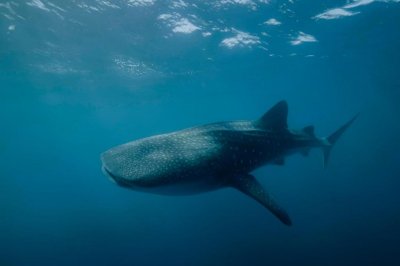