Boy, 8, may have broken record with 692-pound tiger shark

Oct. 14 (UPI) -- An Australian 8-year-old may have set a new world record when he reeled in a 692-pound tiger shark off the country's coast.

Jayden Millauro was fishing with his father, Jonothan, and other members of the Port Hacking Game Fishing Club off the coast of Browns Mountain when the boy hooked the shark with his 33-pound line.

The larger men held onto Jayden's harness as he struggled with the big shark on his line.

Millauro is applying to have his catch recognized as the new record. 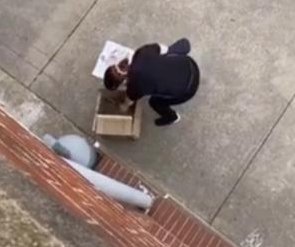