Road signs point to Narnia in England's 'most normal town'

March 21 (UPI) -- A prankster who added "Narnia," "Gotham City" and other fictional locations to road signs said he wanted to change the reputation of England's "most normal town."

Residents of Didcot, England, said five signs along the A4130 highway in town were recently altered to add directions to fictional locations including "Narnia," "Gotham City," "Middle Earth," "Neverland" and "Emerald City."

The man who performed the alternations, who spoke on condition of anonymity, said he wanted to disprove the Didcot's unofficial slogan as England's "most normal town."

"To me there's nowhere that's normal, there's no such thing, but I thought I'd have a go at changing peoples' perceptions of Didcot," he told the BBC.

A spokesman for the county council said the signs will eventually be corrected.

"While we appreciate this person's activities have brought a smile to many, roadsides are dangerous places," the spokesman said. "Our road crews carry out risk assessments, are thoroughly trained and experienced, and have an understanding of the dangers of working alongside them."

The spokesman said the council is currently focused on fixing the county's pothole problem, and the project will be prioritized over correcting the altered signs.

"If you speak to the majority of people in Didcot they're of the same opinion, it's put Didcot on the map again," Billington said. "At the end of the day potholes are more important. I'm pleased to hear the council say that. Hopefully they'll be up for a couple of weeks."

Odd News // 6 minutes ago
Bear crashes wedding reception in Mexico
Oct. 27 (UPI) -- A wedding in Mexico became an even more memorable event for everyone present when the reception was interrupted by an unusual crasher: a bear in search of food.

Odd News // 2 hours ago
Iowa bar offers cocktails and karaoke -- but no alcohol
Oct. 27 (UPI) -- A new bar in Iowa offers cocktails, karaoke and pizza, but there is one common bar feature absent from the business: alcohol.

Odd News // 3 hours ago
Worker finds malfunctioning water well was full of snakes
Oct. 27 (UPI) -- A utility worker doing maintenance on a faulty water well in Iowa raised a pipe from the well and discovered it was covered in more than a half dozen snakes.

Odd News // 4 hours ago
Escaped cow leads Arizona police on late-night chase
Oct. 27 (UPI) -- Police in Arizona ended up in a late-night chase with an escaped cow that went running through a residential neighborhood.

Odd News // 23 hours ago
N.C. truck driver wins $1 million while passing through Tennessee
Oct. 26 (UPI) -- A North Carolina truck driver on his way to California found his choice of route to be especially profitable when he won a $1 million lottery jackpot in Tennessee.

Odd News // 23 hours ago
Canadian lifts 13,000 pounds in one hour to break Guinness record
Oct. 26 (UPI) -- A Manitoba, Canada, athlete broke a Guinness World Record when he lifted a total of nearly 13,000 pounds over one hour while doing Turkish get-ups.

Odd News // 1 day ago
Lost class ring returned to family after 73 years
Oct. 26 (UPI) -- A man who found a 1948 high school class ring while exploring with his metal detector was able to return the ring to the family of the man who lost it 73 years earlier. 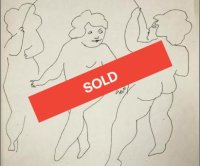