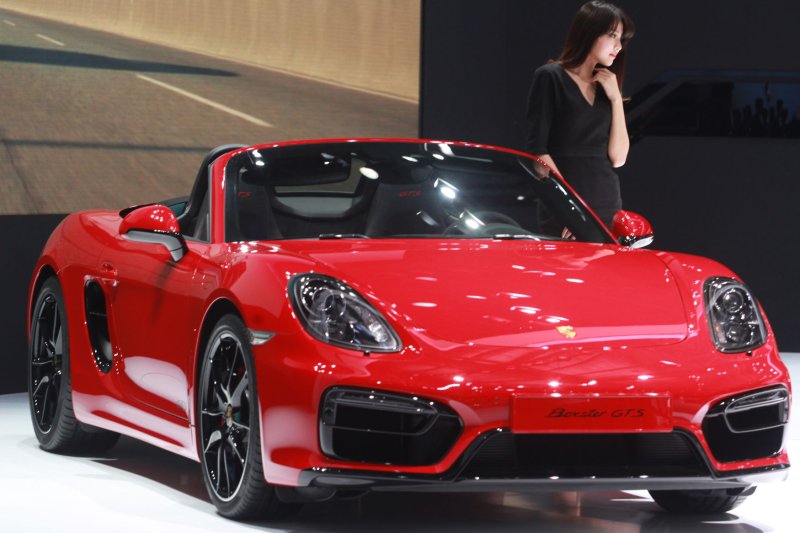 A job posting seeking a full-time nanny to split their time between London, Barbados, Cape Town and Atlanta is offering a $128,000 annual salary as well as use of the family's Porsche, Maserati and Range Rover. File Photo by Stephen Shaver/UPI | License Photo

Aug. 24 (UPI) -- A British couple posted a job opening for a nanny with some unusual perks: meals prepared by a Michelin star chef, use of sports cars, and a $128,000 salary.

The posting on childcare.co.uk was posted by a couple with four children -- ages 2, 5, 7 and 15 -- who are seeking a full-time, live-in nanny to travel with the family as they split their time between residences in London, Barbados, Cape Town and Atlanta.

"We are looking for a highly qualified nanny who has a degree in child psychology, no children of their own and a minimum of 15 years of nannying experience. The candidate must be willing to work six days a week," the posting reads.

The ad has several stipulations for prospective nannies, including the need for a clean driver's license and either experience with self-defense or willingness to train at the family's expense.

"We do not mind what the nanny does with their free time, however binge drinking or drug taking will not be tolerated and will result in instant dismissal," the ad says.

The job also includes several benefits, however, including meals prepared by a Michelin star chef and use of the family's Porsche, Range Rover and Maserati.

Odd News // 4 hours ago
Firefighters rescue bull stranded in river
Jan. 26 (UPI) -- Firefighters in Britain came to the rescue of a bull that slipped down an embankment and became stranded in a river.

Odd News // 6 hours ago
Horse rescued from muddy California creek
Jan. 26 (UPI) -- Firefighters in California came to the rescue of a horse that got stuck in a muddy creek between a willow tree and a cactus.

Odd News // 9 hours ago
Eagle mistakes golf ball for egg in Kruger National Park
A bateleur eagle finds a rather strange object when hunting and decides to have a little fun with it.

Odd News // 1 day ago
Colorado wildlife camera captures 400 'bear selfies' in one night
Jan. 25 (UPI) -- A trail camera set up to capture images of wildlife in Colorado was hijacked by a bear that used the camera to pose for about 400 "selfies."
Advertisement

African serval captured after six months on the loose in Missouri