Experts said the formation was caused by water droplets and ice crystals refracting the sun's rays. 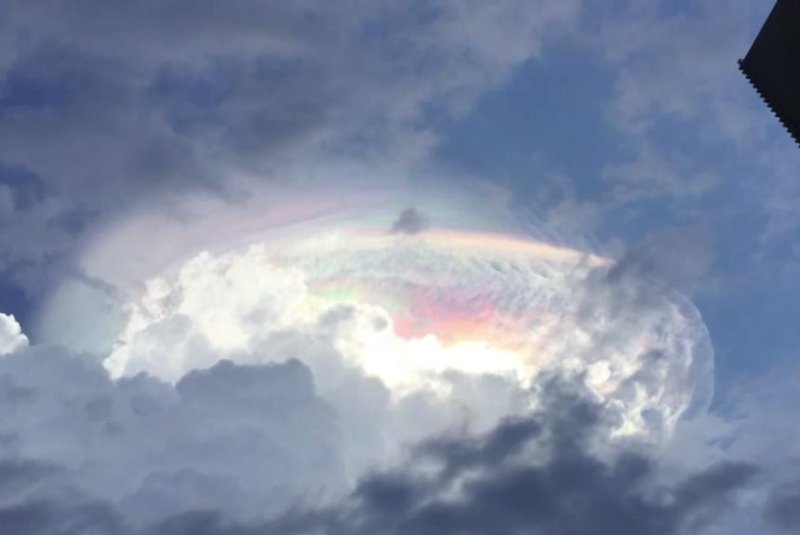 ESCAZU, Costa Rica, Sept. 17 (UPI) -- A colorful cloud formation over Costa Rica was labeled by some as a sign of the rapture, but experts said the phenomenon is known as "cloud iridescence."

The cloud formation, which appeared in photos and video posted to social media, was reported Tuesaday afternoon in the sky over San Jose, Parrita, Pavas, Escazu and Hatillo.

One woman who posted a video of the formation to YouTube said the cloud over Escazu looked "like the end of times."

"The skies opened up as if it were the end of times -- It was truly a beautiful glimpse of what our God has in store for us on the day he comes back," YouTuber Jessielou121 wrote in her video's description.

However, experts said the cloud has a less divine explanation -- a rare phenomenon known as "cloud iridescence."

Eladio Solano, a meteorologist with Costa Rica's National Meteorological Institute, told Teletica news the colorful effect is caused by the sun's light being refracted by water droplets and ice crystals in the cloud.

The process led to the creation of a cloud formation dubbed a "fire rainbow" in the sky over South Carolina last month.

Cloud iridescence can sometimes cause the frozen portion of the cloud to sink in the sky, creating a "fallstreak hole" such as the one photographed over Australia in November of last year.

A similar formation over California in May 2014 was attributed to an airplane punching a hole in a cloud and leading to an iridescence effect.