Kiprono said he has been interested in Malia Obama, 16, since 2008 and has not dated anyone since.

The Nairobi lawyer, who identified himself as Kiprono, said he hopes to meet with the U.S. president during his scheduled visit to Kenya in July to discuss the possibility of bartering the farm animals for the hand of his 16-year-old daughter, who was dubbed one of Time magazine's most influential teens of 2014.

Kiprono said he has been interested in Malia since Obama's first presidential campaign, when the girl was only 10.

"I got interested in her in 2008. As a matter of fact, I haven't dated anyone since and promise to be faithful to her. I have shared this with my family and they are willing to help me raise the bride price," Kiprono told newspaper The Nairobian.

"People might say I am after the family's money, which is not the case. My love is real," he said. "I am currently drafting a letter to Obama asking him to please have Malia accompany him for this trip. I hope the embassy will pass the letter to him. I will hand it over to the U.S. ambassador with whom we have interacted several times."

The lawyer said his proposal to Malia would be "unique with a twist."

"If my request is granted, I will not resort to the cliche of popping champagne. Instead, I will surprise her with mursik, the traditional Kalenjin sour milk. As an indication that she is my queen, I will tie sinendet, which is a sacred plant, around her head. I will propose to her on a popular hill in Bureti near my father's land where leaders and warriors are usually crowned. The place is called Kapkatet, which means 'victory.'"

Kiprono said Malia would not be living a life of luxury if she agrees to his proposal.

"Ours will be a simple life. I will teach Malia how to milk a cow, cook ugali and prepare mursik like any other Kalenjin woman," he said.

Odd News // 21 minutes ago
Struggling dog rescued from Florida creek
May 17 (UPI) -- Police in Florida came to the rescue of a soggy canine spotted struggling to keep its head above the water in a creek.

Odd News // 1 hour ago
'Kitten' rescued by California woman was a baby fox
May 17 (UPI) -- Police in California said a woman "got quite a surprise" when she discovered the "kitten" she rescued was actually a baby fox.

Odd News // 1 hour ago
Venezuelan man named world's oldest at the age of 112
May 17 (UPI) -- Guinness World Records announced a Venezuelan man has been dubbed the oldest person living (male) just a few days shy of his 113th birthday. 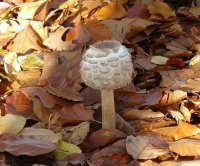 Odd News // 8 hours ago
Moose sent back to the wild after roaming New York for weeks
May 17 (UPI) -- A young moose that was on the loose for weeks has finally been returned to the wilds of the southern Adirondacks of New York.

Odd News // 8 hours ago
Missouri woman wins $55,558 after spur-of-the-moment lottery purchase
May 17 (UPI) -- An unidentified woman from Missouri won $55,558 after she listened to her instincts about buying a scratch-off lottery ticket.