Half a billion in German Reichsmarks found in organ

TRONDHEIM, Norway, Sept. 29 (UPI) -- More than half a billion German Reichsmarks were discovered in a time capsule from 1930 hidden inside an organ in Norway.

According to a note found in the time capsule, it was placed in the organ by August Sieber, an organ builder from Bavaria, on January 8, 1930, The Local.no reported Friday.

It was then recently found in the organ at Nidaros Cathedral in Trondheim, Norway, while the organ was being restored.

"The letter and the money weren't even discovered in 1962, when people from Steinmeyer were in Trondheim to move the organ from the north transept to the west transept, Per Fridtjov Bonsaksen, who is overseeing the restoration, told Adressavisen.

Twelve banknotes were included in the capsule, including one for five hundred million Reichsmarks.

The note was "a bitter and emotional greeting," Bonsaksen said, warning future generations of hyperinflation.

The report did not say what the money would be worth today. 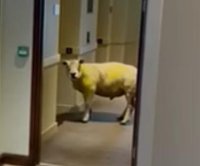 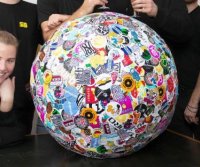 Odd News // 1 day ago
Australian woman finds wild koala in her Christmas tree
Dec. 2 (UPI) -- Animal rescuers in Australia were summoned to he home of a woman who found something unexpected in the branches of her Christmas tree: a koala.