LöVESTAD, Sweden, Aug. 27 (UPI) -- A congregation in southern Sweden that worships the sexual orgasm has lost its legal fight to become an officially registered faith community.

Sweden's Supreme Administrative Court (Regeringsratten) said it would not hear the appeal by the Madonna of the Orgasm church in Lovestad, ruling there were no errors in the Court of Appeals decision rejecting the church's application, The Local reported.

The appellate court had decided the name would be considered offensive by many Swedes.

The church's Spanish founder and self-appointed cardinal, Carlos Bebeacua, says he believes the orgasm is God and should be worshiped, the newspaper said Wednesday.

"The orgasm is the ultimate feeling of lust; it shouldn't be limited to ejaculation," he said. "You can reach it through art or by looking at a landscape and thinking 'Wow!'"

Bebeacua had argued in court the word "Madonna" literally translates as "my lady" and did not necessarily refer to the Virgin Mary, The Local said.

But the Administrative Court of Appeal ruled "Madonna" was generally understood as a reference to the Virgin Mary, hence the name would "cause offense not only in the broad groups of the population that have Christian roots, but also in society as a whole." 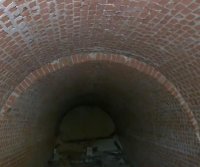 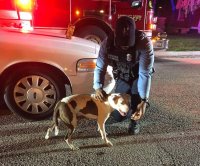 Odd News // 5 hours ago
Kansas police praise dog for getting help for owner during emergency
April 13 (UPI) -- Police in Kansas are hailing a dog as a hero after the canine ran to get help for his owner during a medical emergency.