WASHINGTON, Jan. 14 (UPI) -- The daughter of Hitler's foremost German foe reacted with satisfaction Monday to the news that a Holocaust survivor's granddaughter has drawn attention to a rarely mentioned historical fact: The Nazis planned to destroy Christianity in Germany and beyond.

"This is what my father had been saying since 1937," exclaimed Marianne Meyer-Krahmer, daughter of Carl Goerdeler, who was hanged in early 1945 for his leading role in the attempt to overthrow Hitler's regime.

His family, daughter Marianne included, wound up in a concentration camp and shackled to their beds every night, she recalled in a telephone call from Heidelberg.

Goerdeler, the former mayor of Leipzig, would have become German chancellor in a democratic government, had one of the 30-odd coup attempts against the fuhrer succeeded.

Goerdeler, funded by Robert Bosch, traveled around the world before World War II trying to warn leaders of Hitler's intentions. His message was: Hitler wants to destroy three enemies -- first the Jews, then the Christians and ultimately, capitalism.

"Judaism has inflamed his hatred with its doctrine of the one God who affects man's entire life with his laws and commandments," Goerdeler confided to his Political Testament, which he deposited in New York before war broke out.

"Next, his hatred will turn on the Christian religion. Humility and charity render him rabid ... Hitler puts himself in the place of Christ."

This flies of course in the face of what columnist Joel Miller of WorldNetDaily.com, an internet publication, calls the popular myth that the persecution of the Jews was fundamentally a Christian enterprise.

Sounding almost verbatim like Carl Goerdeler, the summary of these papers call this plan "an integral part of the National Socialist scheme of world conquest."

The first document published so far is a 108-page outline the Office of Strategic Services, the CIA's precursor, had prepared for prosecutors at the Nuremberg War Crimes Tribunal in 1945.

The outline, titled The Persecution of the Christian Churches, is an introduction to 148 bound volumes of OSS Gen. William J. Donovan's personal papers containing trial evidence. These were stored at Cornell University, where Julie Seltzer Mandel read and edited them for Internet publication.

"Throughout the period of National Socialist rule, religious liberties in Germany ... were seriously impaired," reads the opening sentence of the OSS' outline on The Nazi Master Plan, dated July 6, 1945.

"The various Christian Churches were systematically cut off from effective communication with the people ... These results were accomplished partly by legal and partly by illegal and terroristic means."

Contrary to the assertions of some contemporary critics of the churches' comportment during the Third Reich, the OSS document declares, "National Socialism by its very nature was hostile to Christianity and the Christian churches."

This is the central point Carl Goerdeler unsuccessfully tried to drive home as he visited political leaders in London, Paris and Washington before the war, according to his daughter and his biographer, Gerhard Ritter. Goerdeler tried to persuade his interlocutors to stand firm against the Nazis at a time when Britain and France were making concessions to the German dictator.

Some of the world's top experts on the German resistance, such as McGill University's Peter Hoffmann, concur that during the war the OSS was well informed about the Christian opposition but found the White House largely disinterested.

The 1945 document acknowledges that the churches in Germany "tended to agree with the National Socialists in their authoritarianism, in their attacks on Socialism and Communism, and in their campaign against the Versailles Treaty." But the paper continues, "Their doctrinal commitments could not be reconciled with the principle of racism, with a foreign policy of unlimited aggressive warfare, or with a domestic policy involving the complete subservience of Church to State."

The authors of the outline went on to state: "Important leaders of the National Socialist Party would have liked to meet this situation by a complete extirpation of Christianity and the substitution of a purely racial religion tailored to fit the needs of National Socialist policy."

They quote Hitler Youth leader Baldur von Schirach as saying, "The destruction of Christianity was explicitly recognized as a purpose of the National Socialist movement."

But expediency made it impossible for the Nazi regime to adopt this radical anti-Christian policy officially, according to the document.

"Thus the policy actually adopted was to reduce the influence of the Christian churches as far as possible through the use of every available means, without provoking the difficulties of an open war of extermination."

The paper then lists in great detail the partial successes and ultimate failure of the Nazi party's attempt to make the churches subservient to its aims.

It is a crisply written account of human failure in some cases but more importantly of heroic churchmen.

"The support of the Holy See encouraged some of the German (Catholic) bishops ... to protest vigorously against both Nazi ideology and practice," the OSS report reads.

It then also lists the refusal of Lutheran bishops to yield to Nazi pressure -- and mass demonstrations when these religious leaders were placed under house arrest.

And it tells the stories of how pastor Dietrich Bonhoeffer, who was hanged days before the end of the war, and Josef Mueller, a Catholic lay official, joined the German military intelligence service because this organization fought the Nazis from within.

It sent Bonhoeffer to German-occupied Norway, ostensibly to investigate the attitude of the Lutheran state church's clergy there but in reality to strengthen it, especially Eivind Berggrav, the tough bishop of Oslo.

It is worth downloading this text from the Internet because it corrects a cliché thinking that has clouded the reputation of Christians in wartime Germany for over half a century.

These stereotypes began at a very high level when the war was barely over. In 1946, the U.S. Federal Council of Churches invited pastor Martin Niemoeller, who had spent the war years in a concentration camp, to a lecture tour. Eleonor Roosevelt commented in her syndicated column, My Day:

"I am sure he is a good man according to his lights, but his lights are not those of those of the people of the United States."

Now the people of the United States will be able to read in an OSS document that not only was Niemoeller valiant but his parishioners in the Berlin district of Dahlem as well.

When Ludwig Mueller, by the grace of Hitler Protestant bishop of the German Reich, fired this anti-Nazi cleric, they simply refused to let him go -- until the Gestapo came to get him. 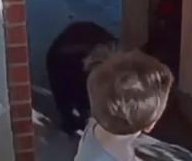 Odd News // 11 hours ago
Firefighters fish stranded cow out of river in England
June 5 (UPI) -- Emergency responders in Britain came to the rescue of a cow that fell into a river and had trouble climbing out of the water on its own.

Odd News // 13 hours ago
Scottish rail service interrupted by boar on the tracks
June 5 (UPI) -- Railway service was held up on a route in Scotland when a wild boar wandered out onto the tracks, blocking the path of trains.

Odd News // 15 hours ago
Woman, dog rescued from Massachusetts sewer
June 5 (UPI) -- Firefighters in Massachusetts came to the rescue of a woman who chased her dog into an underground pipe and ended up stranded with the canine in the sewer. 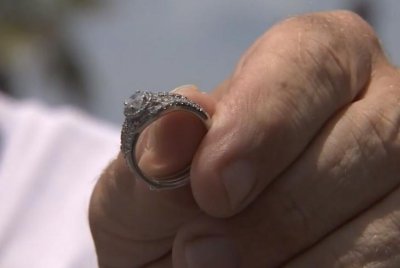