An experimental drug made from a marijuana plant to treat seizures associated with two rare forms of epilepsy affecting children has been approved by Food and Drug Administration staff. Photo by Atomazul/Shutterstock

April 17 (UPI) -- Staff members at the Food and Drug Administration have approved an experimental drug made from a marijuana plant that is used to treat seizures associated with two rare forms of epilepsy affecting children.

The FDA briefing document, released Tuesday, was prepared before an advisory committee meeting scheduled for Thursday. The next step is for the FDA commissioners to approve the drug.

Epidiolex, manufactured by GW Pharmaceuticals, was studied to treat Dravet syndrome and Lennox-Gastaut syndrome, which are rare forms of epilepsy most resistant to other treatment that affect children 2 years old and older.

The drug is given as a syrup with strawberry flavoring and includes cannabidiol, an active ingredient found in marijuana. But it contains less than 0.1 percent of tetrahydrocannabinol, or THC, the psychoactive substance in marijuana that makes users high.

"Although CBD is a cannabinoid, it shares almost none of the pharmacologic features of the prototypical cannabinoid," the staff wrote.

The staff noted that the drug "has significantly less abuse potential" than two other forms of cannibas: THC given as 2 doses of dronabinol or a single dose of alprazola, or ALZ.

GW's drug "reduces seizure frequency in patients with drug-resistant LGS or DS while maintaining a predictable and manageable safety profile," according to FDA staff. The findings were based on three clinical studies.

The acceptable safety risks included liver injury, which it said can be managed and monitored.

Another GW Pharma drug, Sativex, derived from the cannabis plant, has been approved in numerous countries outside of the United States to treat muscle contraction in multiple sclerosis patients, according to the company website.

"Epidiolex, if approved, will mark a sea change in the acceptability of cannabinoids as therapy," GW Pharma Chief Executive Officer Justin Gover said in an interview with Bloomberg earlier this month.

Some drugs made from synthetic cannabinoids have been approved by the FDA, including Insys Therapeutics Inc.'s Syndros for loss of appetite in people with AIDS and nausea caused by chemotherapy. Insys also is developing a cannabidiol oral solution for a severe type of epileptic seizure known as infantile spasms.

Medical marijuana has been approved in 29 states and Washington, D.C., according to ProCon.org. 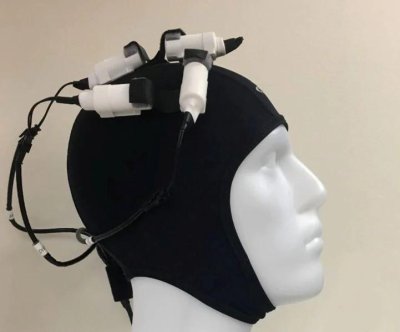 Health News // 14 hours ago
Travel restrictions have varied efficacy at containing disease outbreaks
Feb. 20 (UPI) -- As many as 30 countries have instituted some form of travel restriction in response to the new coronavirus, COVID-19, WHO officials said, in spite of limited scientific evidence they contain infectious diseases.

Health News // 16 hours ago
'Stranger Things' widened awareness of rare bone disorder
Actor Gaten Matarazzo III was born with a rare genetic disorder that affects bone development. Ever since his Netflix series "Stranger Things" became a hit, public interest in the condition has shot up, a new study says.

Health News // 16 hours ago
Knowledge may increase American interest in plant-based diets
A new poll suggests that education is all that stops most Americans from embracing plant-based diets that are better for the planet.

Health News // 19 hours ago
CDC: This season's flu shot nearly 50% effective
Feb. 20 (UPI) -- Early effectiveness estimates released by the CDC Thursday indicate that the flu vaccine developed for 2019-20 reduced doctor visits associated with the virus by 45 percent overall, and by 55 percent in children.

Health News // 21 hours ago
Lung diseases increased 18% worldwide in last 30 years
Lung diseases have been striking more people around the world in the past 30 years, new research shows. And being from poor regions is the most important risk factor for respiratory trouble, scientists added.

Health News // 23 hours ago
Age may affect healthcare treatment decisions
There may be something about a patient's age of 80 that makes doctors alter their heart attack treatment decisions -- consciously or not, new research suggests. 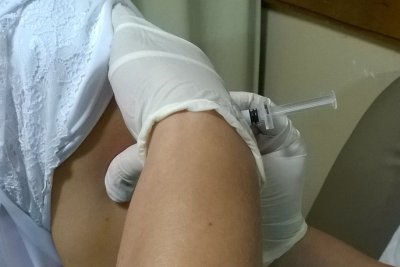