Cannabidiol, or CBD, may help reduce the risk of relapse recovery for people addicted to drugs and alcohol, according to a preclinical study with rats.

A test with rats showed that a non-psychoactive chemical found in marijuana may help reduce the risk of relapse among recovering drug and alcohol addicts. Photo by Atomazul/Shutterstock

March 23 (UPI) -- A non-psychoactive component of marijuana, called cannabidiol, or CBD, may help reduce the risk of relapse recovery for people addicted to drugs and alcohol, according to a preclinical study with rats.

Amid the ongoing marijuana debate concerning medical benefits of this form of CBD, researchers at the Scripps Research Institute in La Jolla, Calif., conducted tests in addicted rats to see if the substance could help them. The findings were published Thursday in Neuropsychopharmacology.

"The results provide proof of principle supporting potential of CBD in relapse prevention along two dimensions CBD: beneficial actions across several vulnerability states, and long-lasting effects with only brief treatment," Friedbert Weiss, leader of an investigative team at the Scripps Research Institute, said in a press release.

Once a day for one week, researchers applied a gel containing CBD to the skin of the rats, who had an addiction-like behavior because of voluntary daily alcohol or cocaine use.

The researchers reported that CBD effectively reduced relapse despite stress and drug cues, in addition to reducing anxiety and impulsivity in the drug-experienced rats. In further research, CBD was shown to have been completely cleared from the rats' brains and plasm three days after the therapy was completed.

RELATED Sessions' war on pot could speed up legalization nationwide

"Drug addicts enter relapse vulnerability states for multiple reasons," Weiss said. "Therefore, effects such as these observed with CBD that concurrently ameliorate several of these are likely to be more effective in preventing relapse than treatments targeting only a single state."

The researchers wrote in the study that they believe future studies may open new pharmacotherapeutic methods to prevention of addiction relapse, adding that "the findings also inform the ongoing medical marijuana debate concerning medical benefits of non-psychoactive cannabinoids and their promise for development and use as therapeutics."

Twenty-nine states and the District of Columbia allow marijuana for medical purposes and nine allow recreational marijuana, according to ProCon.org.

Medical marijuana has been shown to be effective at treating chronic pain, calming muscle spasms caused by multiple sclerosis, and easing nausea from chemotherapy, according to a report from the National Academy of Sciences published in January 2017. But there's little to no evidence supporting any of the other numerous health claims related to marijuana, the report said.

Opioid-related deaths in Colorado fell by more than 6 percent since the state legalized marijuana for recreational use in 2014, according to research published last October in the American Journal of Public Health. 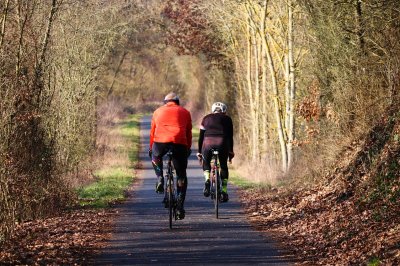