A new study from Tufts University has found that the consumption of soy may be linked to better outcomes in breast cancer patients. Photo by Jing/PixaBay

In the past, there has been some controversy over the consumption of soy because of concern its estrogen-like properties could increase the risk of the most common form of breast cancer, hormone receptor-positive breast cancer.

"Isoflavones -- the component of soy that has estrogen-like properties -- have been shown to slow the growth of breast cancer cells in laboratory studies, and epidemiological analyses in East Asian women with breast cancer found links between higher isoflavone intake and reduced mortality; however, other research has suggested that the estrogen-like effects of isoflavones may reduce the effectiveness of hormone therapies used to treat breast cancer," Dr. Fang Fang Zhang, of the Friedman School of Nutrition Science and Policy at Tufts University, said in a press release.

"Because of this disparity, it remains unknown whether isoflavone consumption should be encouraged or avoided for breast cancer patients," he said.

Isoflavones have antioxidant, anti-inflammatory, anti-angiogenic and other effects that may impact survival and growth of cancer tumors.

Researchers examined the relationship between intake of isoflavones found in soy and death from any cause in 6,235 American and Canadian women with breast cancer over a nine-year period.

Results showed women with breast cancer who consumed large amounts of isoflavones had a 21 percent lower risk of dying than women who consumed small amounts. This decrease was primarily found in women with the hormone receptor-negative form of breast cancer and who were not treated with anti-estrogen therapy. The study showed no link between high levels of isoflavone intake and a greater mortality in women taking hormone therapy medications.

RELATED Breast density may be leading indicator of cancer risk

"Based on our results, we do not see a detrimental effect of soy food intake among women who were treated with endocrine therapy," Zhang said. "For women with hormone receptor-negative breast cancer, soy food products may potentially have a protective effect. Women who did not receive endocrine therapy as a treatment for their breast cancer had a weaker, but still statistically significant, association."

The study was published in the journal Cancer. 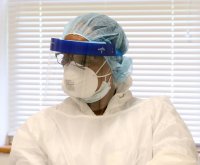 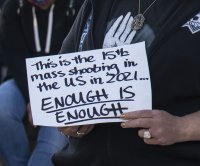