Eddie Murphy mentioned Prince and the basketball game on Thursday as Fallon asked the comedian his thoughts on fellow legends.

The basketball game also included Eddie Murphy's late brother Charlie Murphy and was famously depicted on Chappelle's Show. Eddie Murphy confirmed the game did take place after Prince challenged the actor and his crew and mentioned how he wasn't dressed properly to play.

"We had on club clothes and Prince had on that outfit that was in the 'Kiss' video, where he had the little short shirt and the leather jacket with the buttons," Eddie Murphy said.

"It was Prince and some dude named Micki Free that used to hang out. They used to all kind of wear Prince's clothes so my brother was like, 'Alright it's going to be shirts against blouses.' And they teamed up and the blouses won. They beat the [expletive] out of us," he continued.

"We never thought about doing a sequel to the movie. We thought it was over because the story ended with him going off, it looked like they were going to live happily ever after and that was the end of the story," Murphy said about the sequel.

"And then the movie became this cult movie you know. Of all the movies that I've done, Coming to America is the one that like worked its way into the culture in all these different ways," he continued. 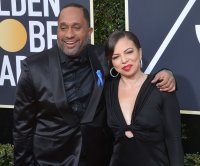 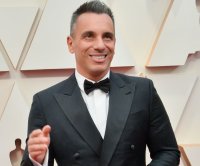