Actress Melissa McCarthy and her husband Ben Falcone pose during an unveiling ceremony honoring her with the 2,552nd star on the Hollywood Walk of Fame in Los Angeles on May 19, 2015. Photo by Jim Ruymen/UPI | License Photo

LOS ANGELES, July 28 (UPI) -- TV Land says it has ordered a pilot called Friends with Melissa, which was written and executive produced by Hugh Davidson, Larry Dorf and Rachel Ramras.

The single-camera comedy is based on the real lives of the trio, who watched as their friends from The Groundlings -- married actor-writers Melissa McCarthy and Ben Falcone -- "went on to star in blockbuster comedies... while they toiled away writing for children's television," a synopsis said.

McCarthy will appear in the pilot episode of the possible series, and she and her husband will serve as executive producers.

"We are continuing to build our stable of innovative, engaging and challenging comedies, which is exactly what Melissa, Ben and these writers have brought us," Keith Cox, executive vice president of development and original programming for TV Land, said in a statement Monday. "With this script being from a group of alums from The Groundlings, we're excited to know they'll have an endless amount of creativity and interesting experiences to pull from."

"We are so excited to be working with Hugh, Rachel and Larry -- such funny people, who are great friends. TV Land is a great place for this show," McCarthy and Falcone added. 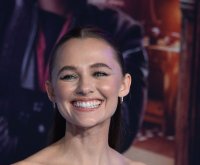