LOS ANGELES, Feb. 15 (UPI) -- John Henson, the son of the late Muppets creator Jim Henson, has died of a heart attack, the family said Saturday. He was 48.

"It is with great sadness that we confirm that John Henson, son of Jim and Jane Henson and brother to Lisa, Cheryl, Brian and Heather, died at age 48 of a sudden massive heart attack on Friday ... while at home with his daughter," The Jim Henson Co. of Los Angeles said in a statement on its Facebook page.

John was a member of the company's board.

A private service was being planned, the statement from the family-run business said. 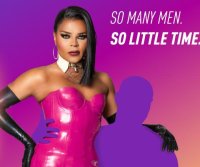 TV // 2 hours ago
'Love Island' Season 8 coming to ITV2 in June
May 24 (UPI) -- British dating reality series "Love Island" will return for an eighth season on ITV2 in June.

TV // 11 hours ago
Milo Ventimiglia: 'This Is Us' finale no different than past 6 seasons
LOS ANGELES, May 24 (UPI) -- "This Is Us" stars Milo Ventimiglia, Mandy Moore, Justin Hartley and Susan Kelechi Watson reflect on the show coming to an end.