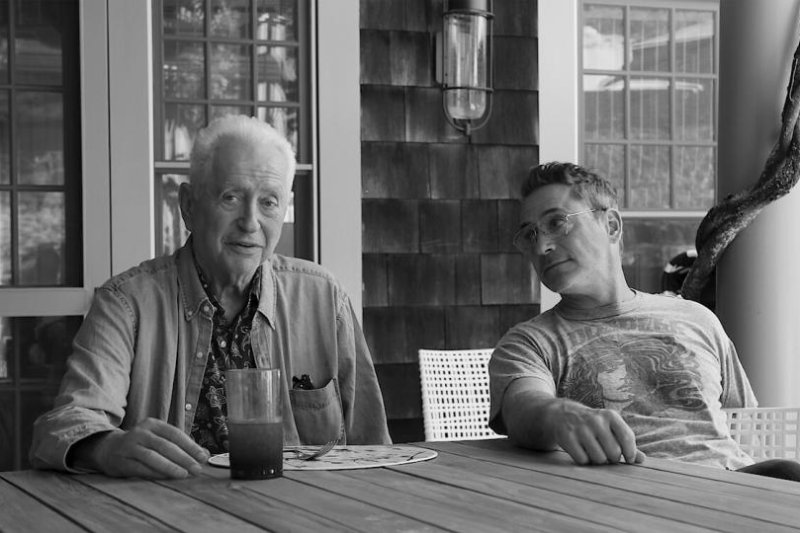 The streaming service shared a first look at the film, Sr., on Monday.

Sr. explores the life of Downey, who died at age 85 in July 2021. Downey was an independent filmmaker known for Putney Swope (1969) and other films.

The documentary also explores themes from creativity and mortality to fatherhood and generational trauma, and Downey's relationship with his son, actor Robert Downey Jr.

"Knowing what I know now," Smith said in a statement, "It's really the only way you could attempt to make something on the two Downeys. Larger than life, but open and human as ever, it was such a pleasure and life-affirming experience to capture some glimpses of the highs, lows, and everything in between."

Sr. had its world premiere at the Telluride Film Festival and will screen Oct. 10 and 11 at the New York Film Festival.

The film will be released on Netflix this year.

The Hollywood Reporter said Netflix plans to make an Oscars push with Sr., with Downey Jr. to promote the film.

'Elite' Season 6 coming to Netflix in November 'The Calling' photos introduce new David E. Kelley series Drew Barrymore celebrates daughter Olive's 10th birthday: 'My, how you have grown' What to watch next: Sign up for UPI's Streaming newsletter

Movies // 3 days ago
Idina Menzel on making 'Disenchanted': 'We had so much fun'
Dec. 2 (UPI) -- Idina Menzel discussed the "Enchanted" sequel "Disenchanted" on "Watch What Happens Live."