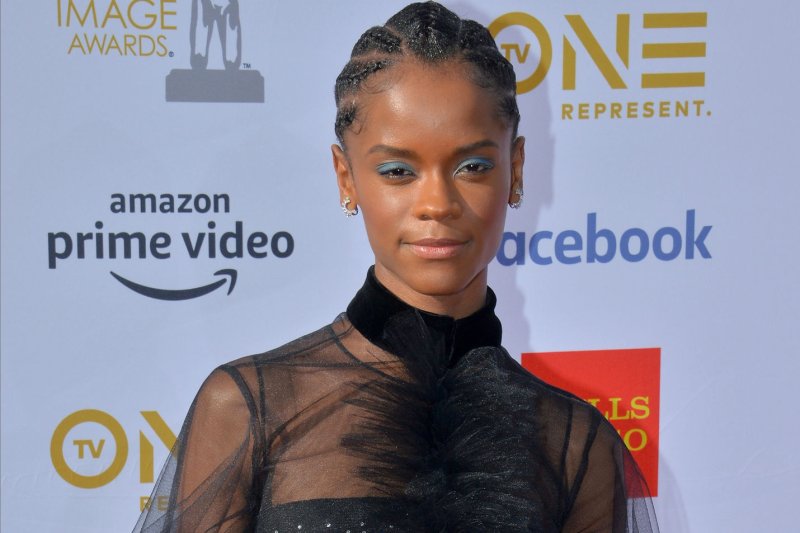 The 28-year-old actress explained on Monday's episode of The Tamron Hall Show how remembering Boseman, who died in 2020, encouraged her to keep going after fracturing her shoulder and suffering a concussion while filming Black Panther: Wakanda Forever.

On The Tamron Hall Show, Wright said she feels a duty to inspire others with her roles, as she was once inspired by actresses such as Keke Palmer.

"As you guys know, Black Panther is a blessing to my life. Shuri is a blessing, not only to me, but to the world and to so many Black young girls," Wright said.

Wright found strength in Boseman, who died at age 43 in August 2020 after a private battle with colon cancer.

"Going through that situation, it was another opportunity for leadership and strength to come out. For him to be such a leader at a time when he was facing so much? I just felt like once I got the healing I needed and I went back, I finished stronger," she added.

Letitia Wright speaks on how the late Chadwick Boseman encouraged her to keep going and inspiring others in her career. pic.twitter.com/2c3aV2tkft— Tamron Hall Show (@TamronHallShow) September 26, 2022

Wakanda looks to the future in new 'Black Panther' trailer 'The Last of Us' teaser trailer introduces HBO adaptation 'Elite' Season 6 coming to Netflix in November What to watch next: Sign up for UPI's Streaming newsletter

Movies // 3 days ago
Idina Menzel on making 'Disenchanted': 'We had so much fun'
Dec. 2 (UPI) -- Idina Menzel discussed the "Enchanted" sequel "Disenchanted" on "Watch What Happens Live."
Advertisement