'Castle in the Ground' explores the opioid crisis in new trailer

April 23 (UPI) -- The opioid crisis takes hold of a small town in the new trailer for upcoming thriller, Castle in the Ground.

Henry befriends his mysterious neighbor Ana, played by Imogen Poots (The Art of Self-Defense), after it appears that she was attacked inside her apartment.

The pair become close and fall into a world of drugs and addiction. Henry and Ana then stumble into a deadly situation involving a missing bag of drugs and must fight to survive.

Castle in the Ground, written and directed by Joey Klein, is coming to video on demand services on May 15. Tom Cullen and Keir Gilchrist also star.

'Scoob!' getting VOD release 'Venom' sequel delayed until June 2021 What to watch next: Sign up for UPI's Streaming newsletter 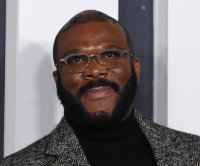 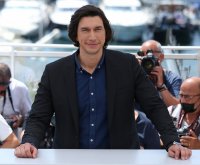 Movies // 23 hours ago
Steve Carell, John Krasinski to reunite on new film 'If'
Jan. 26 (UPI) -- Steve Carell has joined the cast of "If," a new film directed by and starring his former "The Office" co-star John Krasinski.