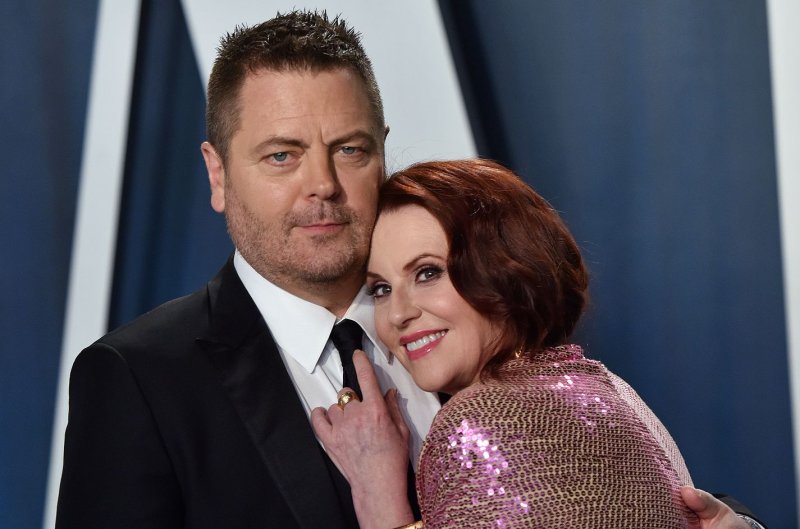 "We hope to get a little rowdy, but it'll mainly be legitimate cinematic discourse. Although, with the two of us involved, it's more likely to be intercourse. Either way it'll be legit," Mullally and Offerman joked in a statement.

"Why have just one host when you can have two? We're delighted to have Megan and Nick onboard to bring the magic back to the beach. I can't wait to see what they have in store for us!" Welsh said.

Mullally and Offerman married in 2003. The couple have worked together on several projects, including Offerman's show Parks and Recreation and the bestselling book The Greatest Love Story Ever Told.

Mullally is known for playing Karen Walker on Will & Grace, while Offerman portrayed Ron Swanson on Parks and Recreation.

The Independent Spirit Awards will air live on IFC. Nominations include The Lost Daughter, Reservation Dogs and The Underground Railroad.

2022 awards show schedule: How to watch 'CSI: Vegas': Marg Helgenberger to reprise Catherine Willows in Season 2 'The Practice' alum Marla Sokoloff gives birth to third child What to watch next: Sign up for UPI's Streaming newsletter

Entertainment News // 20 hours ago
Grammys: How to watch, what to expect
Feb. 3 (UPI) -- The 65th annual Grammy Awards will take place Sunday at Crypto.com Arena in Los Angeles.

Reese Witherspoon, Ashton Kutcher attend 'Your Place or Mine' premiere

'Knock' star Kristen Crui: 'I wanted to see myself on a billboard'