Jin Sakai, the lead character of the game, takes center stage in the clip released on Monday as he fights to protect his home from Mongol invaders.

Jin is warned against straying from his samurai teachings in order to use unconventional methods to defeat his enemies.

The trailer ends with Jin donning a mask as a fiery, epic battle takes place.

Ghost of Tsushima, from developer Sucker Punch of Infamous and Sly Cooper fame, is set to be released for the PlayStation 4 on July 17.

Ghost of Tsushima is an open-world action title where players can challenge individual enemies to samurai-style battles or use a range of other weapons including bows and arrows.

Players can also take a stealthier approach to combat, which will increase Jin's reputation as The Ghost and make enemies fear him.

PlayStation details exploration, combat tools of 'Ghost of Tsushima' 'NBA 2K20,' 'Tomb Raider' is free for PlayStation Plus members in July What to watch next: Sign up for UPI's Streaming newsletter 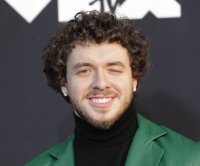 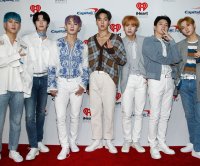 Music // 18 hours ago
Monsta X tease new song 'Blow Your Mind' from 'The Dreaming'
Dec. 8 (UPI) -- K-pop group Monsta X shared a clip of "Blow Your Mind," a song from its English-language album "The Dreaming."
Advertisement