Ben Stiller attends the European premiere of "Night At The Museum: Secret Of The Tomb" at Empire Leicester Square in London on December 15, 2014. File Photo by Paul Treadway/UPI | License Photo

Ben Stiller and wife Christine Taylor attend the European premiere of "Night At The Museum: Secret Of The Tomb" at Empire Leicester Square in London on December 15, 2014. File Photo by Paul Treadway/UPI | License Photo

NEW YORK, Oct. 4 (UPI) -- Ben Stiller opened up to Howard Stern about his battle with prostate cancer, saying the disease "came out of the blue."

Stiller, 50, credits early detection with the prostate-specific antigen test, or PSA, with saving his life.

"If I had waited, as the American Cancer Society recommends, until I was 50, I would not have known I had a growing tumor until two years after I got treated," he said in an essay for Medium. "If [my doctor] had followed the U.S. Preventative Services Task Force guidelines, I would have never gotten tested at all, and not have known I had cancer until it was way too late to treat successfully."

"As of this writing," Stiller said, "I am two years cancer free and extremely grateful."

Stiller described the PSA as "a simple, painless blood test" which, in Stiller's case, was ordered as part of his yearly blood work.

"This is a complicated issue, and an evolving one," Stiller said. "But in this imperfect world, I believe the best way to determine a course of action for the most treatable, yet deadly cancer, is to detect it early."

Music // 12 hours ago
Harry Styles set to release 'Falling' music video on Friday
Feb. 24 (UPI) -- Harry Styles announced on Twitter Monday that he will be releasing a new music video for his single "Falling" on Friday. 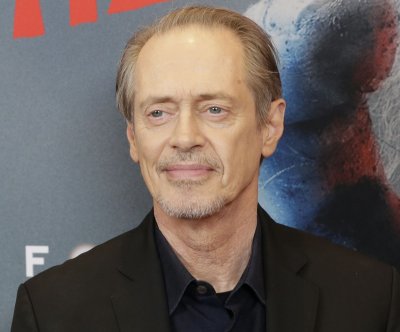