Featuring Johnson and digital star Lily Singh, known on YouTube as IISuperwomanII, the comedic clip released Monday features the actor touring a hidden facility located underneath a volcano where all of YouTube's videos are produced.

"I've learned so much since starting my own YouTube channel," Johnson tells Singh. "I mean, who knew that there was so much fresh, innovative, non-pornographic material online? It's crazy."

Johnson is introduced to noted YouTube stars Markiplier, Grace Helbig, Flula Borg, King Bach, Roman Atwood and Gigi Gorgeous as he learns how cat, viral and makeup videos are made.

A prequel video that highlights Johnson meeting Singh for the first time was posted onto her YouTube page Monday in a video entitled "How to be a YouTube star (ft. The Rock).

Teased in June, the former WWE star's YouTube channel made in conjunction with his production company Seven Bucks Productions will feature videos from Johnson and a scripted action series in the future.

In an interview with Variety, Johnson said he believes this new endeavor will allow him to entertain and connect with his fans in a new way. "The feedback and response from our audience is in real time, which makes it a very cool space to play in," he said. "In addition, it also allows us to build a platform of opportunity for unknown talent to express their creativity and shine." 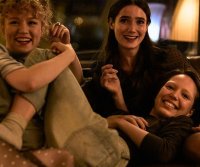 Movies // 8 hours ago
Sundance movie review: 'Girl Picture' captivates with Finnish coming-of-age tale
LOS ANGELES, Jan. 28 (UPI) -- The Finnish drama "Girl Picture," which premiered virtually at the Sundance Film Festival, shows that Finnish teenagers are just like us. Their story is heartwarming, heartbreaking and compelling all the same. 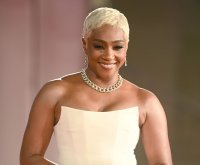 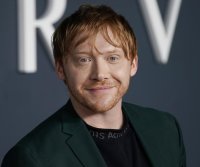 Music // 12 hours ago
Lizzo plays her song 'Special' for her mom in new video
Jan. 28 (UPI) -- Lizzo shared a sweet video with her mom after her song "Special" made its debut in a Logitech ad campaign.