Kim Kardashian on Rob and Blac Chyna's wedding: 'We're all on board'

Rob Kardashian and Blac Chyna are engaged and expecting their first child.

Kim Kardashian at the Costume Institute Benefit at the Metropolitan Museum of Art on May 2. File Photo by John Angelillo/UPI | License Photo

The 35-year-old reality star revealed as much in the July issue of GQ magazine following rumors the Kardashian-Jenners are against the marriage.

"We're all on board," Kim declared. "We definitely see that my brother is happy and getting healthy, and whatever gets him to that place, you know, we're happy for him."

"Chyna's a sweet girl, and I think we all have so many things going on in our lives that we just want my brother to be happy," she added.

Rob and Blac Chyna were first linked in January and immediately caused a stir with their relationship. Much of the drama revolved around Rob's half-sister, Kylie Jenner, dating Blac Chyna's ex-fiancé, Tyga, and Rob's sisters' previous conflicts with Blac Chyna and her friend Amber Rose.

"Has there been so many crazy things that happened? Yes. Is the whole situation, you know, just...?" Kim acknowledged. "I think people want to feel like we're all beefing and have this crazy fight, and we're really not. I think the drama naturally follows us."

Kim previously revealed on Keeping Up with the Kardashians that Kylie dating Tyga "completely broke Chyna's heart." Rob and Blac Chyna got engaged in April and announced they are expecting the next month, while Kylie and Tyga have broken up.

Rob and Blac Chyna will give fans a glimpse into their relationship on the new E! series Rob & Chyna. The show will follow the couple from their engagement through Blac Chyna's pregnancy, with a special about their baby's birth to follow. 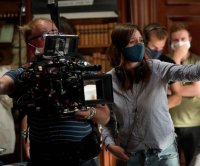 Movies // 11 hours ago
Scarlett Johansson sues Disney for 'Black Widow' streaming release
July 29 (UPI) -- Actor Scarlett Johansson sued Disney on Thursday, saying the company's decision to simultaneously release "Black Widow" in theaters and on the Disney+ was a breach of contract that cost her millions of dollars. 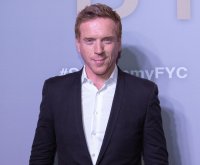 Music // 15 hours ago
Dreamcatcher shares 'BEcause' dance preview
July 29 (UPI) -- K-pop stars Dreamcatcher released a clip of their music video for "BEcause," the title track from their EP "Summer Holiday." 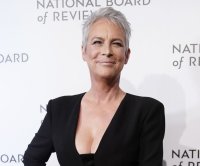 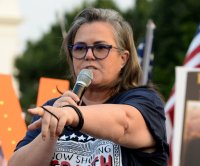