The model's half-sister Khloe Kardashian also changed up her look this week. 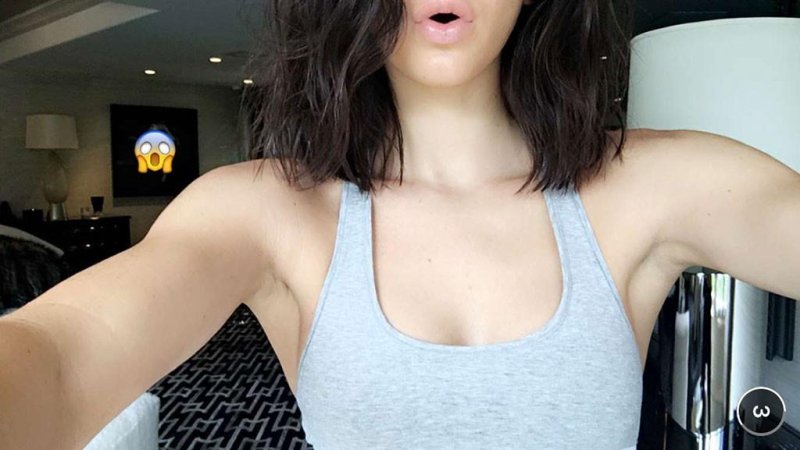 LOS ANGELES, June 10 (UPI) -- Kendall Jenner is switching up her look with a drastic new hairstyle.

The 20-year-old reality star and model showed off her new, lob haircut in a Snapchat photo Friday. Jenner captioned the picture with The Scream emoji.

The Keeping Up with the Kardashians star was previously known for her long, sleek locks. She generally sports a much simpler look than sister Kylie Jenner, but did wear a blonde wig at the Balmain show in March.

"I like to keep it pretty simple," Jenner told PopSugar in September. "I think less is more. I'm into more neutrals. So I think that makes it easy, because I always know what I'm into and what I want."

"I think I'm definitely a brunette girl," she added. "I like having fun with things like [wigs], not so much on Kylie's level of having fun with hair -- she does crazy things. But I mean it's fun to play around."

Jenner, who is also known for her modeling work with Chanel, revealed her simple hair routine in an interview with Byrdie in March. Her sleek hair texture allows her to take a low-maintenance approach to styling.

"My hair is so stick straight and silky, so when I sleep with it wet and wake up in the morning, it has this nice texture to it. That's my version of doing my hair," she said. "I'm comfortable with my hair right now, so we'll see what ends up happening."

TV // 6 hours ago
Milo Ventimiglia says 'This is Us' ending is 'bittersweet'
Jan. 25 (UPI) -- Milo Ventimiglia discussed filming the sixth and final season of "This is Us" on "Late Night with Seth Meyers."

Music // 7 hours ago
Taylor Swift fires back at Damon Albarn over songwriting comments
Jan. 25 (UPI) -- Taylor Swift called out David Albarn of Blur and Gorillaz fame on Twitter after the musician said that Swift did not write her own songs.
Advertisement