"So genuine and nice of him to make the couple's day!" photographer Raheel Gauba says. 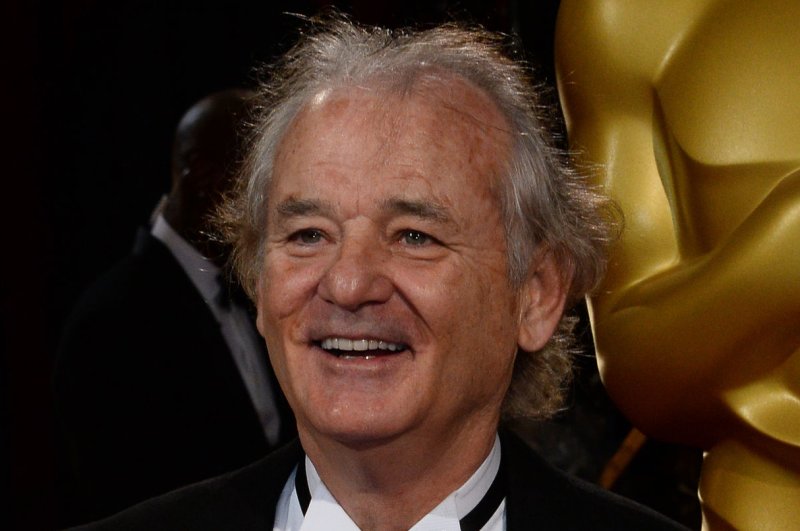 Actor Bill Murray arrives on the red carpet at the 86th Academy Awards at the Hollywood and Highland Center in the Hollywood section of Los Angeles on March 2, 2014. UPI/Jim Ruymen | License Photo

Cinematographer Emmanuel Lubezki (L) holds the award he won for Best Achievement in Cinematography for 'Gravity' and actor Bill Murray backstage during the 86th Academy Awards at the Hollywood & Highland Center on March 2, 2014 in the Hollywood section of Los Angeles. UPI/Jim Ruymen | License Photo

Actor Bill Murray banters with the crowd on the sixth green at the Monterey Peninsula Country Club in the AT&T National Pro Am in Pebble Beach, California on February 7, 2013. UPI/Terry Schmitt | License Photo

Bill Murray takes a photo during the photocall for the film "Moonrise Kingdom" at the 65th annual Cannes International Film Festival in Cannes, France on May 16, 2012. UPI/David Silpa | License Photo

Two weeks after the 63-year-old actor made an impromptu speech at a bachelor party, a Charleston photographer has revealed the star surprised his clients during their engagement photo shoot in April.

Raheel Gauba of Fia Forever Photography posted a photo of Ashley Donald and Erik Rogers with Murray on Facebook earlier this week.

"We were walking around downtown Charleston, taking in the romance of the city and enjoying the scenery," Gauba relays to the Huffington Post. "I found this staircase and asked the couple to go get comfortable."

"When I set up Ashley and Erik, I saw this look of surprise on their faces as they looked over my shoulder," he continues. "I asked them to look at the camera, but they just looked stunned and with his eyes, Erik motioned that I better look behind me. As I turned around to potentially ask the person distracting them to give us a moment, I see Bill Murray with his shirt up, belly out and patting it -- his attempt to make the couple laugh."

"I joined the couple in the shock and the surprise of the moment," he concludes. "At that point, I invited him to join the couple for a quick shot and he did. So genuine and nice of him to make the couple's day!"

Murray will next appear in St. Vincent on October 24.

'Pretty Little Liars' star Troian Bellisario discusses her engagement Adam Levine apologizes to his exes in anticipation of his wedding to Behati Prinsloo Joshua Jackson on 'Mighty Ducks' sequel: 'I feel like a fourth film should happen' Kit Harington says his hair 'has its own contract' on 'Game of Thrones'

Entertainment News // 9 hours ago
What to stream this weekend: 'Luca,' 'Physical'
June 18 (UPI) -- "Luca," "Physical," "Fatherhood," "Evil" Season 2, a "Black-ish" marathon in honor of Juneteenth and "Ricky and Morty" Season 5 are some of the entertainment options streaming this weekend.