Spungen, Vicious' 20-year-old girlfriend, was found dead Oct. 12, 1978, at New York's Chelsea Hotel, where she and Vicious had been staying. Vicious, bassist for the Sex Pistols, was arrested, but died of a heroin overdose Feb. 2, 1979, at age 21, while awaiting trial for Spungen's slaying.

Parker told the BBC Vicious's mother, Anne Beverley, asked him to clear her son's name in 1985 when he was working as a music journalist. He has since written two books about the troubled musician.

"I think this film had to be made from about the day that Sid's mother died in 1996," Parker said, explaining he saw the request as Beverley's "last wish."

Parker said he didn't believe Vicious was innocent until he started interviewing people for his documentary and developed numerous other theories of how Spungen may have died.

"Realistically, the worst title in the world for this film is 'Who Killed Nancy?' What it should have been called is 'Who Didn't Kill Nancy and Here's 500 Reasons Why,'" Parker told the BBC.

Witnesses told Parker Vicious may have taken 30 painkillers and been "out cold" when Spungen was killed. Others said $24,000 in cash was missing from the couple's hotel room the night she died and a someone known only as Michael was seen in and around their room, and then was heard bragging about stealing money from the couple. 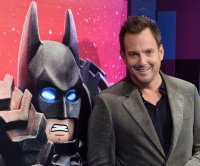