The Boston Globe said Sunday that while Blute has come under fire for his show's advertisement sales, he maintains political guests who purchase advertising time on "The Peter Blute Show" do not receive preferential treatment.

"It is survival. You have to sell ads to survive," said Blute, whose show is broadcast WCRN of Worcester, Mass.

Talkers publisher Michael Harrison, whose magazine reports on the talk show industry, said if favoritism did play a role in the Blute advertising sales, it would raise a wealth of ethical and legal issues.

The Globe said the controversy surrounding Blute began when he was listed as a paid media consultant by Republican politician Jeff Beatty in finance reports. Beatty had appeared and advertised on Blute's radio show.

Entertainment News // 5 hours ago
'Waitress' musical won't reopen in London after COVID-19 crisis
March 28 (UPI) -- The stage musical "Waitress" will not return when London theaters reopen after the coronavirus pandemic is over, producers announced.

Movies // 15 hours ago
Eric Roberts plays lovable role in 'Inside the Rain'
LOS ANGELES, March 28 (UPI) -- Eric Roberts' new movie "Inside the Rain" is now available on video on demand and the indie actor says he expects more people will continue to stay home after the coronavirus pandemic. 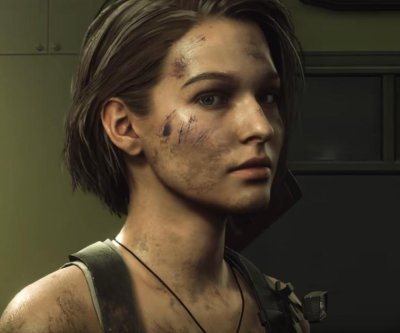