NEW YORK, Dec. 19 (UPI) -- Katie Holmes got a birthday surprise when a five-tiered cake was wheeled on stage after her performance in the Broadway play "All My Sons."

Holmes turned 30 Thursday and to mark the occasion her husband, Tom Cruise, enlisted the cast and crew of the show to present her with the cake while he was in Los Angeles promoting his new film "Valkyrie," People magazine said.

"Tom Cruise, our good friend, devoted fan to the show, doting husband of Katie, could not be here tonight. He's heartsick that he couldn't be here," Holmes's costar John Lithgow told the audience as the cake arrived. "But he wanted to make his presence felt. So, he's joining us, inviting all of you, to celebrate Katie's birthday."

People.com said the crowd cheered, applauded and sang "Happy Birthday" to the actress, who brought Suri, her 2-year-old daughter with Cruise, on stage to help her blow out the candles.

"Thank you for coming out to the show tonight. It was a real pleasure," Holmes told the audience. 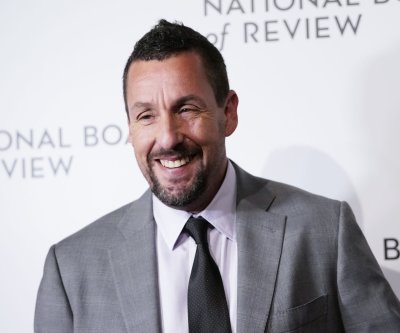 Entertainment News // 20 hours ago
Pink recovers from coronavirus, donates $1M to help others
April 4 (UPI) -- Singer Pink announced on Instagram she has recovered from the coronavirus and donated $1 million to organizations helping other people affected by the pandemic. 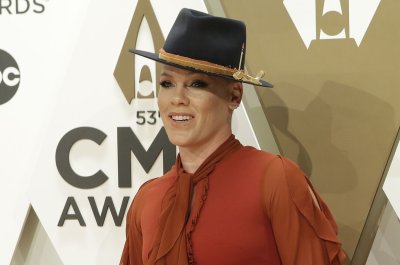