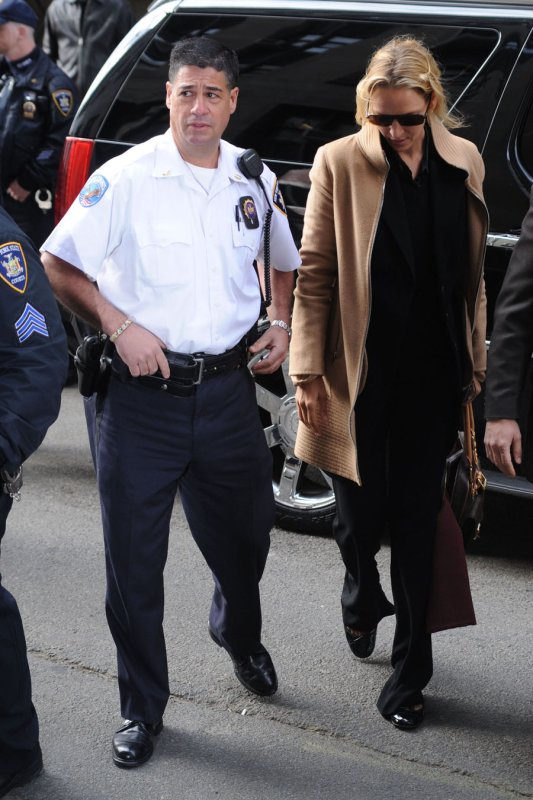 Actress Uma Thurman arrives at Manhattan Supreme Court in New York to give testimony in her case against alleged stalker Jack Jordan on May 1, 2008. (UPI Photo/Ezio Petersen) | License Photo

However, Carro declined a request from the prosecution that would have put Jordan behind bars for up to a year, the maximum penalty, the Times said.

Jordan, a 37-year-old Maryland native and graduate of the University of Chicago, was convicted last month of harassing Thurman from 2005 to 2007 by sending her threatening and disturbing cards and e-mail messages.

The man, who reportedly worked only menial jobs in recent years, was sentenced Monday for aggravated harassment and to time served for stalking.

"I'm terrified of being incarcerated again," the Times quoted Jordan as saying before he was sentenced. "My greatest wish is that I had known sooner that I was putting fear into the heart" of Thurman.

Movies // 6 hours ago
Kristen Stewart struggles with royal divorce in 'Spencer' trailer
Sept. 23 (UPI) -- NEON released the official trailer for "Spencer" on Thursday. Kristen Stewart stars as Princess Diana struggling through a weekend near the end of her marriage to Prince Charles (Jack Farthing).

Entertainment News // 7 hours ago
Jennifer Nettles to return to Broadway in 'Waitress'
Sept. 23 (UPI) -- Jennifer Nettles will take over the role of Jenna from Sarah Bareilles in the Broadway musical "Waitress."