Variety.com said Johnson will play the title character in the film, which is to be directed by Michael Lembeck.

Lembeck's screen credits include the second and third installments of "The Santa Clause" franchise.

Johnson, who starred in last year's family-friendly comedy "The Game Plan," will soon be seen in the big-screen re-makes "Get Smart" and "Witch Mountain."

He also has appeared in "The Scorpion King" and "Be Cool."

"The Tooth Fairy" is to begin shooting in August, Variety.com said. 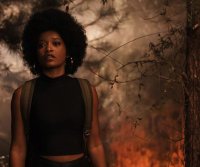 TV // 7 hours ago
'Bel-Air' teaser reimagines 'Fresh Prince' series as a drama
Jan. 26 (UPI) -- Newcomer Jabari Banks has his life flipped-turned upside down in the new teaser trailer for "Bel-Air," a dramatic reimagining of "The Fresh Prince of Bel-Air."