Mystikal gets one year for tax charges

BATON ROUGE, La., Jan. 13 (UPI) -- A federal judge in Baton Rouge, La., has sentenced Grammy-nominated rapper Mystikal to a year in jail for failing to pay thousands of dollars in taxes.

U.S. District Judge James Brady said he was tempted to hand down a 2-year sentence to the New Orleans native born Michael L. Taylor, who is already serving time in the Elayn Hunt Correctional Center on a sexual battery charge, the Baton Rouge Advocate reported Friday.

"I don't know that adding to your incarceration by nine months is going to make that much of a difference," Brady said. "But in the federal system, they're going to be looking at you closely. If you're stupid enough or careless enough to get into trouble again, you're going to be incarcerated for a long time."

Meanwhile, he has a Jan. 19 parole hearing on his 6-year sentence for the sexual battery of his former hairdresser. He videotaped the woman being forced to perform oral sex as punishment for allegedly stealing $80,000 from him, the newspaper said. He pleaded guilty to that charge in 2003.

Entertainment News // 22 hours ago
'X-Factor,' 'AGT' alum Thomas Wells dead at 46
Nov. 27 (UPI) -- Thomas Wells has died in a work-related accident at an Oklahoma tire manufacturing plant, his wife Jessica Wells has announced. He was 46. 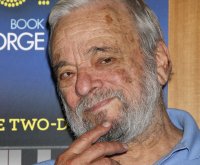 Entertainment News // 2 days ago
Jimmy Kimmel shares photo of results from Thanksgiving mishap
Nov. 26 (UPI) -- Jimmy Kimmel posted a photo on Instagram showing the results of a mishap he had while cooking his Thanksgiving feast.
Advertisement