LOS ANGELES, May 20 (UPI) -- Kelsey Grammer is set to return to TV in a comedy sketch series that the "Frasier" actor compares to the classic variety show "Laugh In."

One week after ending his long running NBC series, Grammer said he will return in six episodes of "The Kelsey Grammer Sketch Show," based on a British show that promises "comedy in unexpected places," the New York Daily News reported Thursday.

The show is in contention to join Fox's strong Sunday comedy lineup with "The Simpsons" and "Malcolm in the Middle," sources said, but likely not until late 2004.

"I like the idea that there's nothing really like it on TV in America at the moment," Grammer has said about the series. "And if you don't like the sketch you're watching, you'll be into the next one before you knew it.

"The only sketch show we have is 'Saturday Night Live,' which is formulaic but worked for so long it became the only place sketch comedy was allowed to breathe," he said. "This is closer to 'Laugh-In' -- less apologetic about what it is." 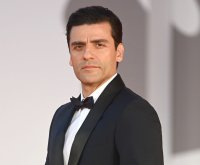 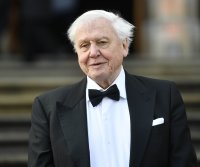