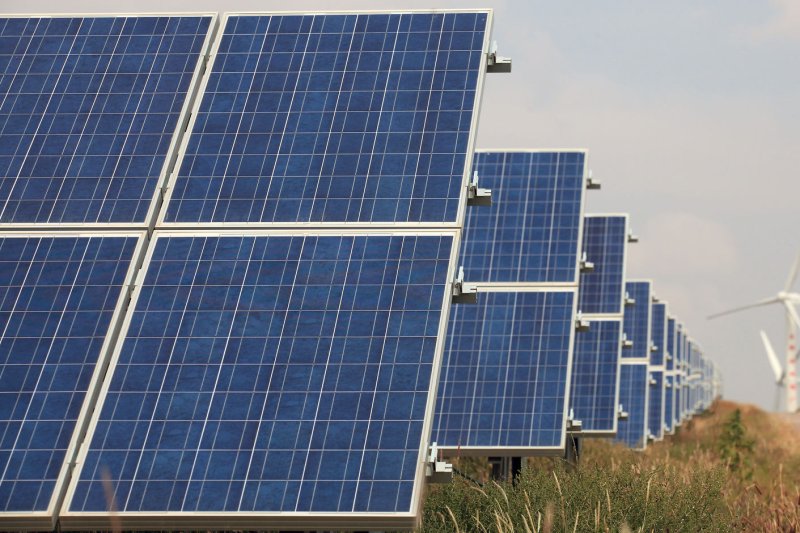 Feb. 22 (UPI) -- A consortium of U.S. clean-energy groups said it was growth in the industries tied to renewable energy that were the ones creating more jobs.

While the U.S. Department of Energy doesn't specify what constitutes "clean energy," the trade groups said they were united behind their labor figures. Of the data that is specific to renewable energy, the U.S. Bureau of Labor Statistics reported about 10,000 people employed last year as solar photovoltaic installers. That compares with 29,000 reported by the BLS as "derrick, rotary drill, and service unit operators, oil, gas, and mining."

By her records, Abigail Ross-Hopper, the CEO and president of the Solar Energy Industries Association, one out of every 50 new jobs created in the United States last year came from solar energy industries.

"These jobs pay well, they support local economies and they fuel American innovation," she said in a statement.

Hopper joined the SEIA three days before Donald Trump took the oath of office as the next U.S. president. Hopper served as the head of the Bureau of Ocean Energy Management, the offshore regulator in the United States. One of her last moves at the BOEM was to announce the final auction for acreage in the Gulf of Mexico for drillers under a five-year plan introduced by outgoing President Barack Obama.

Trump has put forward an energy policy that emphasizes oil and natural gas, vowing to make the country energy independent. According to the American Petroleum Institute, an oil and gas trade group, the U.S. energy sector supports three times as many jobs as renewable energy.

Scott Pruitt, the head of the U.S. Environmental Agency, a department he sued as Oklahoma's attorney general, tried to strike a balance on energy-related labor.

"I believe that we as a nation can be both pro-energy and jobs, and pro-environment," he told employees. "We don't have to choose between the two."

Elsewhere, the renewable energy trade groups said wind energy was supporting tens of thousands of jobs in nearly every U.S. state, with most of that employment showing up in manufacturing.